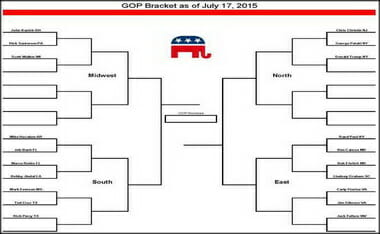 Some points out of ten posted by The American Spectator: “Ten Things You Need to Know From Last Night’s GOP Debate”

1. Carly Fiorina won. And by “won,” I mean “both debates.” She wasted everyone on stage at the “Happy Hour” kids’ table debate, managed to goad the DNC into creating her very own sexist meme, shut down Chris Matthews, and basically Ronda Rousey’ed the whole night. She punched yesterday in the face. Not a single man in the following debate seemed even remotely capable of delivering her knockout performance, and that’s something to be proud of. With a field of sixteen (eighteen? twenty? eighty?), the initial, Fox News debate — on friendly territory — was essential to solidifying your position among the front runners. Fiorina did that without hesitation. Others, in this case perpetual disappointment Rick Perry, spent the time he should have spent preparing for the debate using his surrogates to manage expectations, and made Bobby Jindal look charismatic by comparison, and Bobby Jindal is the human equivalent of notebook paper.

4. Megyn Kelly asked hardball questions of the prime time debaters, which earned her a spate of terrible Facebook fan page commentary and the honor of being called a “bimbo,” a sentiment which Donald Trump immediately endorsed. Which is convenient for Donald Trump, since he made it through the entire debate without endorsing a single policy, except, perhaps, a national program to relocate Rosie O’Donnell to an inaccessible private island. On that, he is likely to earn widespread support. But while the Donald spent the greatest amount of time yammering, among the candidates, he actually said very little. Except that you should be concerned that he intends to run third party. Which is fine. We always need more candidates to confuse elderly Floridian voters.

6. For the first time in history, observation linked Ted Cruz to Mike Huckabee, which is an intriguing development. Post-debate Luntz polling revealed that those souring on Trump were moving “back” to Cruz and Huckabee, neither of whom made a spectacular showing last night, but definitely share some of Trump’s “anti-establishment” credentials (if there is a such thing). It may turn out that the primary impetus behind Trump’s popularity was simply that neither Cruz or Huckabee had yet hit the trail — certainly Cruz seems to consider Trump his stalking horse — but if neither Cruz nor Huckabee can capitalize on the eventual Trump disengagement, the connections will sink all three. Personally, I see this as no loss. You may differ. In which case, feel free to call me a closeted liberal in the comments section as usual.

9. Marco Rubio “won” the debate itself, which is great for Marco Rubio because it’s high time he’s taken seriously as a candidate. He’s good looking, he’s got a great background story, he’s nuanced on policy and the media already hates him so much they pay for people to scour through hours of footage of Miami Zoning Commission hearings. And now he seems like  he could take on the so-called “heavy hitters” he was supposed to be crushed by. Frankly, it would be fun to see him take on Carly in a one-on-one. We’d all be better for it, too.

This is the Constitutional answer:

Do you have a personal animosity against Christians sir? Your line of questioning is highly curious. You seem fixated on a particular subject. Look, I’m a Christian. Scripture commands us to love everybody and what I have been talking about, with respect to same-sex marriage, is the Constitution which is what we should all be focused on. The Constitution gives marriage to elected state legislators. It doesn’t give the power of marriage to a president, or to unelected judges to tear down the decisions enacted by democratically elected state legislatures.

Some commentary via Gay Patriot:

The Democrat Media Operatives (a.k.a. “journalists”) in the MFM love to hound Republican candidates on the most divisive issues they possibly can. No one in the MFM will ever ask Hillary to explain why she supports partial birth abortion or gun control, but Republicans are hounded constantly about gay marriage.

Most Republicans just try and play along with the game; vainly hoping that they can get away with the same anodyne, focus group tested non-answers that Democrats get away with. They naively assume that the press isn’t a Democrat propaganda machine staffed by Democrat operatives.

But at least one Republican isn’t playing the game…. [as seen above]

Wintery Knight expands with his insights on Sen. Cruz and finishes up with a point about Bobby Jindal:

…My concern with Cruz is that he hasn’t got the experience of building consensus to move legislation and enact policies, the way others like Bobby Jindal and Scott Walker have done.

Here’s Louisiana Governor Bobby Jindal, for example, backing up his words with actions.

Defying state legislators who rejected a measure that sought to protect “the right of conscience as it relates to marriage,” Louisiana Gov. Bobby Jindal acted on his own Tuesday.

“I’m going to do anything I can to protect religious liberty,” the Republican governor told The Daily Signal in a phone interview on Wednesday.

His executive order, issued after state legislators voted down the Louisiana Marriage and Conscience Act, prohibits “all departments, commissions, boards, agencies, and political subdivision of the state” from discriminating against people or businesses with deeply held religious beliefs about marriage.

“My executive order accomplishes the intent of the [Louisiana Marriage and Conscience Act]. It prevents the state from discriminating against people or their business with deeply held religious beliefs,” Jindal said.

The measure builds on a Religious Freedom Restoration Act that was enacted during Jindal’s first term as governor. The state of Louisiana, under a Constitutional amendment, also defines marriage strictly as the union between a man and a woman.

[…]“Even if you don’t agree with me on the definition of marriage … you still should want those folks to have their rights—our rights to live the way we want,” he said.

Jindal, who is exploring a 2016 presidential bid, doesn’t shy away from his support for traditional marriage.

“I believe in the traditional definition of marriage,” he said. “Unlike President Obama and Hillary Clinton, my opinions are not evolving on this issue. But at the end of the day, this is even bigger than marriage.”

[…]“Don’t waste your breath trying to bully me in Louisiana,” he said. “It is absolutely constitutional to have religious liberty and economic freedoms.” 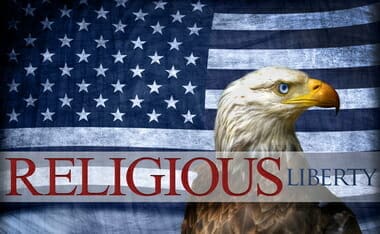 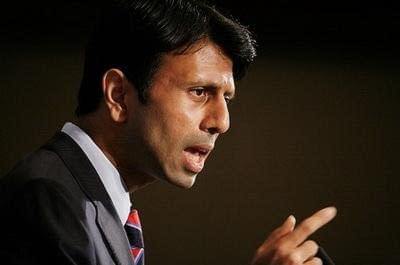 It’s another one of those articles that slipped by. The liberal media acts a lot like termites, destroying the integrity of a structure in ways you often can’t see until there’s a big problem. They’re constantly firing little shots to damage republicans, and those little points add up with the masses they’re trying to control. Hear More in this ZoNation.

This reminds me of the MSNBC “narrative” that fits the left’s vision better: