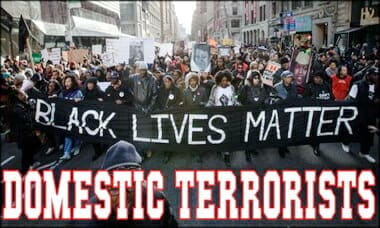 (Via 100% FED-UP) A convicted terrorist, Susan Rosenberg, she sits on the Board of Directors for the fundraising arm of Black Lives Matter.

She was convicted for the 1983 bombing of the United States Capitol Building, the U.S. Naval War College and the New York Patrolmen’s Benevolent Association.

Rosenberg was released from prison after serving 16 years of her 58-year prison sentence when Bill Clinton commuted her sentence on his last day in office.

Bernard Kerik spoke to Tucker Carlson about Rosenberg’s history and his concern that this Marxist is at it again: 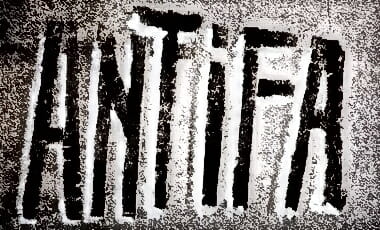 Okay, when I first saw this I was bummed for the old man and for the young police officer who looked truly disgusted at himself for the strong push of a senior citizen. He looked truly contrite in his decision. However, when I heard that all 57 police officers resigned… I was perplexed. Here is the original video (just a warning, blood involved):

I filed that story away in my head as a conundrum unsolved. Until yesterday. Occasionally I check in with CONSERVATIVE TREE HOUSE, and I was glad this day I did. Here is their post in part — and keep in mind this is a THEORY, there is no proof yet this actually happened besindes the odd smiping in close of his phone:

Martin Gugino is a 75-year-old professional agitator and Antifa provocateur who brags on his blog about the number of times he can get arrested and escape prosecution. Gugino’s Twitter Account is also filled with anti-cop sentiment [SEE HERE].  Last Thursday Gugino traveled from his home in Amherst, New York, to Buffalo to agitate a protest crowd.

In this slow motion video, you will see Gugino using a phone as a capture scanner.  You might have heard the term “skimming”; it’s essentially the same.  Watch him use his right hand to first scan the mic of officer one (top left of chest).  Then Gugino moves his hand to the communications belt of the second officer. WATCH CLOSELY:

The capture of communications signals [explained in detail here] is a method of police tracking used by Antifa to monitor the location of police. In some cases the more high tech capture software can even decipher communication encryption allowing the professional agitators to block (black-out), jam, or interfere with police communication. In addition, many police body-cams are bluetooth enabled which allows syncing.

Unfortunately in the modern era the professional agitators have become very sophisticated and use technology to help create chaos.  Their activity is highly coordinated, and as James O’Keefe has revealed in his undercover operations these professionals even stage events to manipulate public opinion.

When he was pushed away by the officers Gugino fell and presumably hit his head. As a consequence of the shove, the two officers were suspended and the Buffalo authorities have arrested and charged the two police officers.  In a show of support the entire Buffalo police unit that makes up the Emergency Response Team resigned their position.

On Friday Buffalo Mayor Byron Brown admitted Gugino was a professional ‘agitator’ who tried to work up the crowd and had been asked to leave the area ‘numerous’ times.

However, despite the known ideology and intent of Mr. Gugino; and despite a more careful look at the video highlighting exactly what Gugino was attempting; the Buffalo authorities are frozen by political correctness and have now arrested and charged the two officers…..

Good quality video capture and slow-mo. Shows exactly what I was noting on Thursday night.

First move was to officers mic (top left of chest), then moved to 2nd officers communication belt. He was trying to trace/capture (skim) signal signature. https://t.co/qLavjBRXDb

CONSERVATIVE TREE HOUSE notes this TWEET as well where the younger protestors were saying he was there to starts to start trouble:

He was literally called out by peaceful protesters for being there yesterday. He’s a professional “protester” who does this to start nonsense. I wouldn’t side with him on this one. pic.twitter.com/eWXU0OUeMr