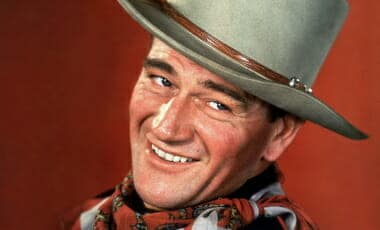 Here is an excerpt from the article mentioned on the show:

Paying The Price For Breakdown Of The Country’S Bourgeois Culture

….That culture laid out the script we all were supposed to follow: Get married before you have children and strive to stay married for their sake. Get the education you need for gainful employment, work hard, and avoid idleness. Go the extra mile for your employer or client. Be a patriot, ready to serve the country. Be neighborly, civic-minded, and charitable. Avoid coarse language in public. Be respectful of authority. Eschew substance abuse and crime.

These basic cultural precepts reigned from the late 1940s to the mid-1960s. They could be followed by people of all backgrounds and abilities, especially when backed up by almost universal endorsement. Adherence was a major contributor to the productivity, educational gains, and social coherence of that period.

Did everyone abide by those precepts? Of course not. There are always rebels — and hypocrites, those who publicly endorse the norms but transgress them. But as the saying goes, hypocrisy is the homage vice pays to virtue. Even the deviants rarely disavowed or openly disparaged the prevailing expectations.

Was everything perfect during the period of bourgeois cultural hegemony? Of course not. There was racial discrimination, limited sex roles, and pockets of anti-Semitism. However, steady improvements for women and minorities were underway even when bourgeois norms reigned. Banishing discrimination and expanding opportunity does not require the demise of bourgeois culture. Quite the opposite: The loss of bourgeois habits seriously impeded the progress of disadvantaged groups. That trend also accelerated the destructive consequences of the growing welfare state, which, by taking over financial support of families, reduced the need for two parents. A strong pro-marriage norm might have blunted this effect. Instead, the number of single parents grew astronomically, producing children more prone to academic failure, addiction, idleness, crime, and poverty.

This cultural script began to break down in the late 1960s. A combination of factors — prosperity, the Pill, the expansion of higher education, and the doubts surrounding the Vietnam War — encouraged an antiauthoritarian, adolescent, wish-fulfillment ideal — sex, drugs, and rock-and-roll — that was unworthy of, and unworkable for, a mature, prosperous adult society. This era saw the beginnings of an identity politics that inverted the color-blind aspirations of civil rights leaders like the Rev. Dr. Martin Luther King Jr. into an obsession with race, ethnicity, gender, and now sexual preference.

And those adults with influence over the culture, for a variety of reasons, abandoned their role as advocates for respectability, civility, and adult values. As a consequence, the counterculture made great headway, particularly among the chattering classes — academics, writers, artists, actors, and journalists — who relished liberation from conventional constraints and turned condemning America and reviewing its crimes into a class marker of virtue and sophistication.

All cultures are not equal. Or at least they are not equal in preparing people to be productive in an advanced economy. The culture of the Plains Indians was designed for nomadic hunters, but is not suited to a First World, 21st-century environment. Nor are the single-parent, antisocial habits, prevalent among some working-class whites; the anti-“acting white” rap culture of inner-city blacks; the anti-assimilation ideas gaining ground among some Hispanic immigrants. These cultural orientations are not only incompatible with what an advanced free-market economy and a viable democracy require, they are also destructive of a sense of solidarity and reciprocity among Americans. If the bourgeois cultural script — which the upper-middle class still largely observes but now hesitates to preach — cannot be widely reinstated, things are likely to get worse for us all.

See also the interview at the NEW YORK MAGAZINE’S wonderful piece. JONATHAN HAIDT also has a fine piece defending the freedom of thought in such a piece… and those that wish to censor anything that disagrees with Leftism. Here is a snippet of it:

….The letter includes a call to action:

This is the time for members of the University of Pennsylvania community who claim to fight systemic inequality to speak up, especially those anthropologists and scholars who claim an understanding of culture and who recognize culture talk’s deleterious potential as a vehicle for racism and sexism… We call for the denunciation, not of racism as some abstract concept “out there” — in Charlottesville, in America, by the poor uneducated white or by an individual racist ideologue — but for a denunciation of racism at the University of Pennsylvania. In particular we must denounce faculty members that are complicit in and uphold white supremacy, normalizing it as if it were just another viable opinion in our educational tenures at the University. We call for the University of Pennsylvania administration — Penn President Gutmann and the deans of each school — as well as faculty to directly confront Wax and Alexander’s op-ed as racist and white supremacist discourse and to push for an investigation into Wax’s advocacy for white supremacy.

This call to denounce Wax was answered by 33 of her colleagues at the law school—nearly half the faculty—who signed and published an Open Letter to the University of Pennsylvania Community. In it, the law professors affirmed Wax’s right to express her opinions, but said:

We write to condemn recent statements our colleague Amy Wax, the Robert Mundheim Professor of Law at Penn Law School, has made in popular media pieces. In an op-ed published recently at Philly.com, Wax and a coauthor wrote that “All cultures are not equal,” going on to claim that various social problems would be “significantly reduce[d]” if “the academics, media, and Hollywood” would stop the “preening pretense of defending the downtrodden,” because that would lead to “restoring the hegemony of the bourgeois culture.” In an interview with The Daily Pennsylvanian about the op-ed, Wax was quoted as saying that “Everyone wants to go to countries ruled by white Europeans,” because, in the phrasing of the DP article’s author, “Anglo-Protestant cultural norms are superior.” … [they then affirm Wax’s right to express her opinions, then say:] We categorically reject Wax’s claims.

Those are the basic facts.

I think it is important for the academic community to reflect on this case. In the wake of Charlottesville, all of us on campus might encounter passions among our students beyond even what we saw in the previous academic year, a year in which violence and the justification of violence became more common on campus. This year, we are likely to find many more professors accused of “white supremacy.” Professors and administrators may face many more campaigns designed to get them to sign open letters and collectively denounce colleagues. It is important, therefore, that we think about this case carefully and draw the right lessons. When and why should professors come together to denounce and condemn other professors? Of course we are always free to dispute each other; Wax’s colleagues could certainly have written essays or a collective essay debating her claims and pointing out flaws in her reasoning, but when is it morally and professionally appropriate to issue a collective public condemnation of a colleague?

I think such collective actions are only appropriate when colleagues have clearly and flagrantly violated their professional duties. I mean things like data fabrication or taking bribes to produce dishonest academic papers desired by a trade association. I would include writing a racist and hate-filled diatribe in that list, but is that what Wax did? She wrote an essay on the importance of culture for poverty-related outcomes, and the Penn students asserted, in their open letter, that such “culture talk” has “deleterious potential as a vehicle for racism and sexism.” The students are certainly correct that claims by a professor about the value of bourgeois culture could be misused by racists to say that one race is inherently superior to another. But does that make any discussion of cultural differences taboo? Does that make Wax a white supremacist for saying that culture matters for poverty-related outcomes, that not all cultures are equally good for escaping poverty, and that the 1950s American “bourgeois cultural script” was particularly good for that purpose? No…….

NATIONAL REVIEW gets into the weeds as well, via, Heather Mac Donald. Why? Because of the uproar from such an article. Someone stepped out of line and needs to be corrected… sent to re-education camps!

Were you planning to instruct your child about the value of hard work and civility? Not so fast! According to a current uproar at the University of Pennsylvania, advocacy of such bourgeois virtues is “hate speech.” The controversy, sparked by an op-ed written by two law professors, illustrates the rapidly shrinking boundaries of acceptable thought on college campuses and the use of racial victimology to police those boundaries.

On August 9, University of Pennsylvania law professor Amy Wax and University of San Diego law professor Larry Alexander published an op-ed in the Philadelphia Inquirer calling for a revival of the bourgeois values that characterized mid-century American life, including child-rearing within marriage, hard work, self-discipline on and off the job, and respect for authority. The late 1960s took aim at the bourgeois ethic, they say, encouraging an “antiauthoritarian, adolescent, wish-fulfillment ideal [of] sex, drugs, and rock-and-roll that was unworthy of, and unworkable for, a mature, prosperous adult society.”

Today, the consequences of that cultural revolution are all around us: lagging education levels, the lowest male work-force participation rate since the Great Depression, opioid abuse, and high illegitimacy rates. Wax and Alexander catalogue the self-defeating behaviors that leave too many Americans idle, addicted, or in prison: “the single-parent, antisocial habits, prevalent among some working-class whites; the anti-‘acting white’ rap culture of inner-city blacks; the anti-assimilation ideas gaining ground among some Hispanic immigrants.”

The fuse was lit. The rules of the game were the following: Ignore what Wax and Alexander had actually said; avoid providing any counterevidence; and play the race card to the hilt as a substitute for engaging with their arguments.

First out of the gate was the Penn graduate students’ union, GET-UP. On August 11, a day after the Daily Pennsylvanian article, GET-UP issued a “Statement about Wax Op-Ed,” condemning the “presence of toxic racist, sexist, homophobic attitudes on campus.” The “superiority of one race over others is not an academic debate we have in the 21st century,” GET-UP wrote. “It is racism masquerading as science.”

But the Wax-Alexander op-ed and the Wax interview said nothing about racial superiority (much less about sex or homosexuality). It argued for a set of behavioral norms that are available to all peoples but that had found their strongest expression over the course of a particular culture. As the Daily Pennsylvanian itself acknowledged, Wax had emphasized to them that she was not implying the superiority of whites. “Bourgeois values aren’t just for white people,” she had said. “The irony is: Bourgeois values can help minorities get ahead.”

Finally, of course, comes the demand for booty and bureaucracy: a “formal, centralized Diversity & Inclusion office with staff that are charged directly with . . . providing resources for students experiencing marginalized [sic] or discrimination at Penn.” Never mind that Penn has been cranking out “Action Plans for Faculty Diversity and Excellence,” “Faculty Inclusion Reports,” “Gender Equity Reports,” and “Minority Equity Progress Reports” for two decades…..