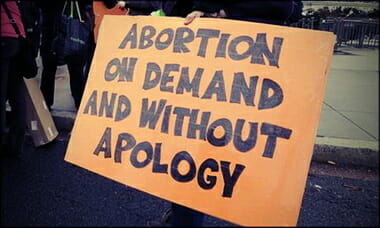 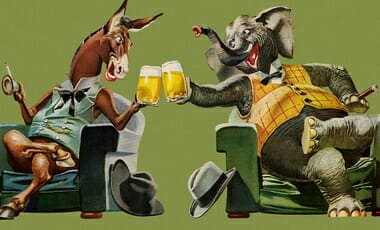 This is the CONSERVATIVE REVIEW article Mark Levin is reading from:

….According to FEC data, accessed Monday, outside groups have spent nearly $10 million to either support Strange’s candidacy directly, or oppose Moore’s.  McConnell’s leadership PAC, the Senate Leadership Fund (SLF) is responsible for the lion’s share of that spending. The SLF has spent just over $2 million to bolster Strange and nearly $4.5 million, mostly in negative advertising, opposing Moore. That’s over $6.5 million on a race that is, by all appearances, a loss.

Strange’s latest FEC filing, covering activity up to Sept. 6, 2017, showed that of the $4.46 million Strange had either raised or loaned his campaign, over 28 percent came from political action committees. That means that in addition to the nearly $10 million in outside spending, the K Street lobbying class has dumped almost $1.3 million in PAC donations into Strange’s campaign to ensure the status quo in Washington.

Moore, on the other hand has only benefited from a total of $1.35 million spent on his behalf, or to oppose Strange, and had raised — as of his FEC filing covering activity up to Sept. 6 — only $1.42 million, of which only $5,000 was from political action committees.

The most notable independent expenditures on behalf of Moore come from the Great America Alliance and Great America PAC organizations that are run by pro-Trump individuals. Together, in breaking with the president, those organizations have spent just over $170,000 to help Moore. The Senate Conservatives Fund and Senate Conservatives Action have spent just over $900,000 to bolster Moore, in the final stages of the campaign.

Last wee, Breitbart reported that Drew Messer, a senior adviser to the Moore campaign, estimated that $30 million had been spent by Strange and McConnell’s allies against Moore. The data shown here is what was publicly available as of Monday via the FEC.

Surely by using his network’s resources to vastly outspend those supporting Roy Moore, McConnell believes that Strange would fare better against the Democratic candidate Doug Jones. According to an Emerson College poll (PDF) released on Monday, that is not the case. Emerson found Moore with a 52 percent to 30 percent advantage over Jones, while Strange fared worse at 49 percent to 36 percent.

In addition to the $6.5 million spent for Strange and against Roy Moore, McConnell’s leadership PAC spent $2.4 million against conservative House member Mo Brooks leading up to the August primary. That’s a total of around $9 million that McConnell has spent on this campaign to prop up Strange. ….

This comes via American Church and Family and from OneNewsNow:

I had to re-read this to make sure I was seeing it correctly:

An Alabama judge has issued an order shutting down a Birmingham abortion clinic where its owner operated without a license.

…a license is not needed if 30 or less abortions are performed per month…. “When these departments of public health just allow these individuals to continue performing abortions unregulated without inspections, without accountability,” says Aranda, “you have individuals who are harming women, that are killing babies that are born alive and it’s an absolute atrocity.”

The New Woman All Women Abortion Clinic won notoriety after three botched abortions in one day. Added to that, state inspectors found 76 pages of violations, revoked the license and closed it down.

Owner Diane Derzis and abortionist Bruce Norman reopened it under a state provision that stipulates a license is not needed if 30 or less abortions are performed per month, but Circuit Court Judge Joseph Boohaker has ordered the facility closed.

Attorney Allison Aranda with Life Legal Defense Foundation says the courts have ruled against the abortionists.

“In this case, if they continue to do what they’re doing now in performing abortions at this facility, that is going to be in defiance of a court order,” says Aranda. “And rest assured it’s much easier to have them brought back into court and have them sanctioned, whether that’s criminally or just monetarily.”

Derzis also owns an abortion clinic in Jackson, Mississippi, where Norman was also the abortionist on duty when an abortion patient was sent by ambulance to a hospital this past Wednesday,

“When these departments of public health just allow these individuals to continue performing abortions unregulated without inspections, without accountability,” says Aranda, “you have individuals who are harming women, that are killing babies that are born alive and it’s an absolute atrocity.”