This comes via THE BLAZE, and is merely a confirmation of what many fair minded people already know, these are some quotes from Sharyl Attkisson during an interview on CNN. I think that CNN was a bit late to the party, maybe, feeling the hit to their ratings for not doing what Fox had already done with Miss Attkisson, that is, interview her:

THE BLAZE continues the story with the video interview:

This brings us back to some older news, but refreshing it in our minds helps us remember the uphill battle we face. Lets compare the first 100-days of each of our recent presidents. And as you will see, the media was most fair (down the middle, so-to-speak) with Clinton. But as the Left gets more entrenched due to brainwashing at the university, you see a slide to one end:

Overall, roughly four out of ten stories, editorials and op ed columns about Obama have been clearly positive in tone, compared with 22% for Bush and 27% for Clinton in the same mix of seven national media outlets during the same first two months in office, according to a study by the Pew Research Center’s Project for Excellence in Journalism. HOT AIR mentioned the Pew Poll a while back, noting: “In their 100-day look released last week, Pew notes that Obama got twice as much good press as Bush and 50% more than Clinton.” They continue by quoting Pew:

The study found positive stories about Obama have outweighed negative by two-to-one (42% vs. 20%) while 38% of stories have been neutral or mixed.

When a broader universe of media—one that includes 49 outlets and reflects the more modern media culture of 2009, is examined, the numbers for Obama’s coverage are similar, though somewhat less positive and somewhat more negative. In this expanded universe of media—which includes news websites, additional regional and local newspapers, plus cable news, network morning news, and National Public Radio, 37% of Obama’s coverage has been positive, 40% neutral and 23% negative.

Pew also notes that the types of coverage Obama receives seems designed to cast a halo on him.  Unlike Bush (22%) and Clinton (26%), almost half of all news stories on Obama (44%) focus on his personal and leadership qualities.  Those are the kinds of stories that usually take a soft focus, work in generalities, and put public figures in the best possible light. 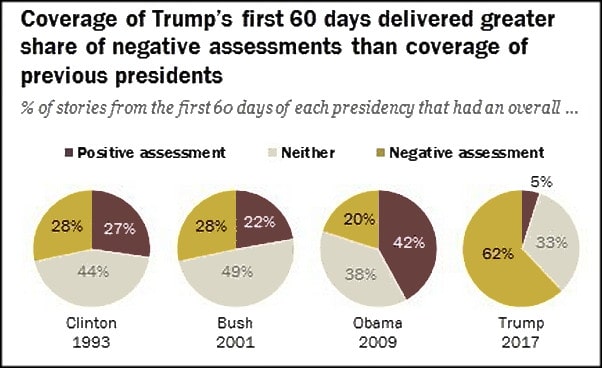 Obama’s coverage differs in another key way.  Much of the Obama coverage (31%) reports on what can only be called Obama’s campaign mode, in which Obama communicates directly with the American people.  Only 8% of Bush’s coverage focused on those efforts.  The media focused much more on Bush’s relationship with Congress and his legislative agenda.

In other words, the media has given us a heapin’ helping of fluff in the first 100 days, and very little in specifics.  They’re allowing Obama to manipulate them into campaign coverage rather than shine a light on his governance….

Well, Sharyl Attkisson, a 21-year vet at CBS confirms to us what Bernie Goldberg years ago already did. That CBS (obviously not the only network) has sold its soul to the gods of progressivism. While Fox should remain center-right, they should always allow the other voice an opportunity to speak. Scott Whitlock at NEWSBUSTERS, for instance, noted that “as of April 3, 2014, it’s been 140 days since the once-vaunted Nightline covered ObamaCare or any of the problems associated with it. Instead, the ABC News program has mostly avoided hard news, focusing on tabloid-heavy topics such as a city in Brazil that has become known as the “model factory.” So it isn’t just WHAT you report as it is what you choose to ignore that affects the public’s perception. Sad. 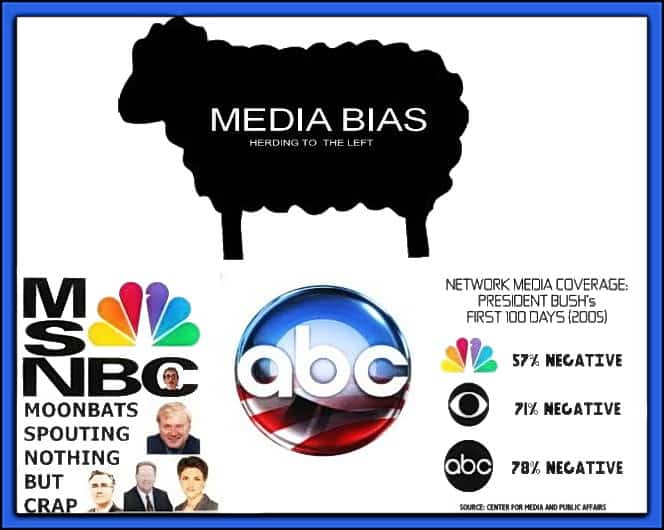 …with GATEWAY PUNDIT’S erudite [not always mind you] fishing into what was just revealed (that I missed):

What has not been widely known until today was the Democratic Party front group’s role in actually producing the news.

Attkisson: “Media Matters, as my understanding, is a far left blog group that I think holds itself out to be sort of an independent watchdog group. And yes, they clearly targeted me at some point. They used to work with me on stories and tried to help me produce my stories, and at some point…”

After Sunday’s broadcast, CNN posted a follow-up story that included a response from Media Matters. The response does not mention previous collaborations with Attkisson and CBS News in producing news reports for the network.

“We also sought comment from Media Matters; Attkisson said she thought it was possible that the liberal media monitoring group had been paid to discredit her. Media Matters responded:

‘Sharyl Attkisson is continuing a pattern of evidence-free speculation that started at the end of her tenure at CBS. We have never taken contributions to target her or any other reporter. Our decision to post any research on Attkisson is based only on her shoddy reporting’.”

There was no mention of Media Matters working with Attkisson to produce news reports for CBS News in the recent hit piece by David Brock’s Senior Fellow attack poodle Eric Boehlert posted at Media Matters on April 17th with the laughably dishonest headline (if Attkisson is to be believed):

CBS News should disclose which reports by the network were done in collaboration with the Democratic Party front group Media Matters. Attkisson should also disclose on which stories she collaborated with Media Matters.

This will unfold more over the weeks to come, if the pressure is kept on CBS.