This should be read with this post: The Democratic Party Are Run By Old, Rich, White (Obstructionist) Men

Mind you, below is dated material… THAT BEING SAID, this information was current at the time the mantra was spoken to me and so shows the lack of depth in people relating truth in general conversation.

(A conversation from 2004 at a buddies wedding weekend)

I wanted to isolate a previous discussion and get some of your input on us “greedy conservatives.”  The only reason I bring this up is that while playing golf in Vegas I got into a discussion with one of the caddies about politics and faith.  The conversation started out very interestingly though.  Democrats/Liberals place a lot of emphasis on feelings in their anti-Bush diatribe.

This elderly caddy – maybe in his mid-fifties – said he wouldn’t vote for bush because his wife worked for the phone company making good money for fifteen-years.  She lost her job and is now a receptionist for a Veterinarian.  He said, “

I pointed out, politely, so as to not make him explode, that it is not Bush’s fault that his wife does not have a degree or a specialty that can get them by in these lean times.  He realized that his wife’s life choices put them in the spot their in, not Bush (with a little coaxing from me of course).  So I explained some of the following during our conversation, passerby’s stopping and patting me on the back for such a great example of conservatisms’ values at work. 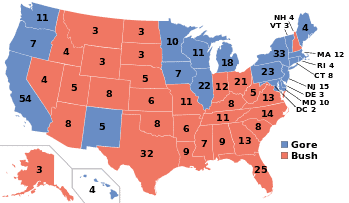 If you can remember back to the 2000 election here in the U. S. and the “blue state,” “red state” scenario of which state voted for Gore and which voted for Bush, I’m sure you do, even if another country. Once in awhile stats are done to see which part of the country (which states in fact) give more to charity per-capita than other states. Do you know which of the top twenty states gives the most to charity? You got it, Bush country!

Every single one of the red states in that top-twenty are the middle-income fly-over states. Guess how many red-states got the lower twenty of giving? Two. Eighteen States that were in the lowest “giving ratio” to charity were Gore states. This is even more interesting with a few recent poles. Just under 66% of republicans go to church regularly, and a third of them go every week. Just fewer than 66% of democrats do not even go to church at all. DRAT those nasty religious / conservatives!

New Stat that I am adding to my arguments by the way:

Only one of the top 25 donors to political 527 groups has given to a conservative organization, shedding further light on the huge disparity between Democrats and Republicans in this new fund-raising area.

The top three 527 donors so far in the 2004 election cycle – Hollywood producer Steven Bing, Progressive Corp. chairman Peter Lewis and financier George Soros – have combined to give nearly $24 million to prominent liberal groups. They include Joint Victory Campaign 2004, America Coming Together and MoveOn.org.

Dems the richest five senators? Financial statements revealed the five richest members of the United States Senate are Democrats. The annual disclosure allows senators to represent their net worth inside a broad range.

Presidential candidate Sen. John Kerry (D-MA) is far ahead of his colleagues with $163 million, most of it coming from his wife’s inheritance of the Heinz fortune. The actual estimate is over $400 million. Lagging behind is Sen. Herb Kohl (D-WI) at $111 million. The Wisconsin senator’s family owns a department store chain. Sen. John “Jay” Rockefeller (D-WV) comes in third with a personal fortune reported to be $81 million.

Democrats are 10 of the top 15 richest senators.

(More Recently We Have This)

The top-five out of the ten are donating to Democrat “causes.” What is the lesson here? Money doesn’t matter! Here is the NYT’S ASSESSMENT of outside groups: 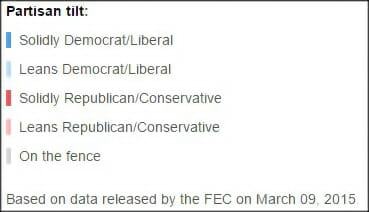 And if you look at the total donations given in all cycles, you see dark and light blue dominating politics in the TOP-50 money-shakers (see below). Unions are the biggest giver to politics, and almost all of them give to Democrats — they even take due from their Republican members and line Democratic pockets with this cash!