The question first should be, How radical is “La Raza?” 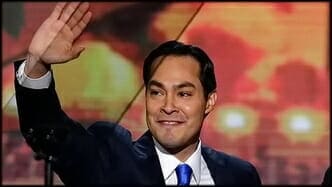 ….Behind the respectable front of the National Council of La Raza lies the real agenda of the La Raza movement, the agenda that led to those thousands of illegal immigrants in the streets of American cities, waving Mexican flags, brazenly defying our laws, and demanding concessions.

Key among the secondary organizations is the radical racist group Movimiento Estudiantil Chicano de Aztlan, or Chicano Student Movement of Aztlan (MEChA), one of the most anti-American groups in the country, which has permeated U.S. campuses since the 1960s, and continues its push to carve a racist nation out of the American West.

One of America’s greatest strengths has always been taking in immigrants from cultures around the world, and assimilating them into our country as Americans. By being citizens of the U.S. we are Americans first, and only, in our national loyalties.

This is totally opposed by MEChA for the hordes of illegal immigrants pouring across our borders, to whom they say:

“Chicano is our identity; it defines who we are as people. It rejects the notion that we…should assimilate into the Anglo-American melting pot…Aztlan was the legendary homeland of the Aztecas … It became synonymous with the vast territories of the Southwest, brutally stolen from a Mexican people marginalized and betrayed by the hostile custodians of the Manifest Destiny.” (Statement on University of Oregon MEChA Website, Jan. 3, 2006)

MEChA isn’t at all shy about their goals, or their views of other races. Their founding principles are contained in these words in “El Plan Espiritual de Aztlan” (The Spiritual Plan for Aztlan):

“In the spirit of a new people that is conscious not only of its proud historical heritage but also of the brutal gringo invasion of our territories, we, the Chicano inhabitants and civilizers of the northern land of Aztlan from whence came our forefathers, reclaiming the land of their birth and consecrating the determination of our people of the sun, declare that the call of our blood is our power, our responsibility, and our inevitable destiny. … Aztlan belongs to those who plant the seeds, water the fields, and gather the crops and not to the foreign Europeans. … We are a bronze people with a bronze culture. Before the world, before all of North America, before all our brothers in the bronze continent, we are a nation, we are a union of free pueblos, we are Aztlan. For La Raza todo. Fuera de La Raza nada.”

That closing two-sentence motto is chilling to everyone who values equal rights for all. It says: “For The Race everything. Outside The Race, nothing.”

Whatever happened to the days of people like Caesar Chavez, founder of the UFW, who saw these movements now fully integrated into the Democratic Party, as the racist organizations they are:

“I hear more and more Mexicans talking about la raza—to build up their pride, you know,” Chavez told Peter Matthiessen, the co-founder of the Paris Review, for a profile piece in The New Yorker in 1969. “Some people don’t look at it as racism, but when you say ‘la raza,’ you are saying an anti-gringo thing, and it won’t stop there.”… ~ CHAVEZ

A Professor preaches his la Raza Hate/racism in Los Angeles… he has many students learning this hatred, funded by tax payers:

It is amazing to me that Democrats would support a movement called “The Race.” It solidifies the idea that Democrats are not against racism, but against “Americanism.” Dana Loesch has an article that points to Julian Castro’s radical positions:

…Castro and Obama both had radical parents. Castro’s mother, Rosie Castro, is described as a “firebrand” and helped to found La Raza Unida. Julián Castro and his twin brother are considered “legacies” of La Raza’s mission:

Also among these legacy children: San Antonio Mayor Julián Castro and brother, Joaquín, sons of Rosie Castro, who was also there at the beginning of La Raza Unida. Joaquín Castro is a state House rep and a congressional candidate.

Said Rosie Castro of The Alamo:

“When I grew up I learned that the ‘heroes’ of the Alamo were a bunch of drunks and crooks and slaveholding imperialists who conquered land that didn’t belong to them. But as a little girl I got the message — we were losers. I can truly say that I hate that place and everything it stands for.”…

Charles Johnson puts the nail in the radical’s coffin:

…“[My mother] sees political activism as an opportunity to change people’s lives for the better. Perhaps that is because of her outspoken nature or because Chicanos in the early 1970s (and, of course, for many years before) had no other option. To make themselves heard Chicanos needed the opportunity that the political system provided. In any event, my mother’s fervor for activism affected the first years of my life, as it touches it today.

Castro wrote fondly of those early days and basked in the slogans of the day. “‘Viva La Raza!’ ‘Black and Brown United!’ ‘Accept me for who I am—Chicano.’ These and many other powerful slogans rang in my ears like war cries.” These war cries, Castro believes, advanced the interests of their political community. He sees her rabble-rousing as the cause for Latino successes, not the individual successes of those hard-working men and women who persevered despite some wrinkles in the American meritocracy.

[My mother] insisted that things were changing because of political activism, participation in the system. Maria del Rosario Castro has never held a political office. Her name is seldom mentioned in a San Antonio newspaper. However, today, years later, I read the newspapers, and I see that more Valdezes are sitting on school boards, that a greater number of Garcias are now doctors, lawyers, engineers, and, of course, teachers. And I look around me and see a few other brown faces in the crowd at [Stanford]. I also see in me a product of my mother’s diligence and her friends’ hard work. Twenty years ago I would not have been here…. My opportunities are not the gift of the majority; they are the result of a lifetime of struggle and commitment by adetermined minority. My mother is one of these persons. And each year I realize more and more how much easier my life has been made by the toil of past generations. I wonder what form my service will take, since I am expected by those who know my mother to continue the family tradition. [Emphasis Castro’s]

Rosie named her first son, Julian, for his father whom she never married, and her second, who arrived a minute later, for the character in the 1967 Chicano anti-gringo movement poem, “I Am Joaquin.” She is particularly proud that they were born on Mexico’s Independence Day. And she was a fan of the Aztlan aspirations of La Raza Unida. Those aspirations were deeply radical. “As far as we got was simply to take over control in those [Texas] communities where we were the majority,” one of its founders, Jose Angel Gutierrez, told the Toronto paper. “We did think of carving out a geographic territory where we could have our own weight, and our own leverage could then be felt nation-wide.”

Removing all doubt, Gutierrez repeated himself often. “What we hoped to do back then was to create a nation within a nation,” he told the Denver Post in 2001. Gutierrez bemoaned the loss of that separatist vision among activists, but predicted that Latinos will “soon take over politically.” (“Brothers in Chicano Movement to Reunite,” Denver Post, August 16, 2001).

Gutierrez made clear his hatred for “the gringo” when he led the Mexican-American Youth Organization, the precursor to La Raza Unida. According to the Houston Chronicle, he “was denounced by many elected officials as militant and un-American.” And anti-American he was. “We have got to eliminate the gringo, and what I mean by that is if the worst comes to worst, we have got to kill him,” Gutierrez told a San Antonio audience in 1969. At around that time, Rosie Castro eagerly joined his cause, becoming the first chairwoman of the Bexar County Raza Unida Party. There’s no evidence of her distancing herself from Gutierrez’s comments, even today. Gutierrez even dedicated a chapter in one of his books to Ms. Castro.