Via a guest post by Paul Driessen at What’s Up With That, entitled “Our real manmade climate crisis“

In his first address as Secretary of State, John Kerry said we must safeguard “the most sacred trust” we owe to our children and grandchildren: “an environment not ravaged by rising seas, deadly superstorms, devastating droughts, and the other hallmarks of a dramatically changing climate.”

Even the IPCC and British Meteorological Office now recognize that average global temperatures haven’t budged in almost 17 years. Little evidence suggests that sea level rise, storms, droughts, polar ice and temperatures or other weather and climate events and trends display any statistically significant difference from what Earth and mankind have experienced over the last 100-plus years…

All told, US foundations alone have “invested” over $797 million in environmentalist climate campaigns since 2000! And over $19.3 billion in “environmental” efforts since 1995, Arnold calculates! Add to that the tens of billions that environmental activist groups, universities and other organizations have received from individual donors, corporations and government agencies to promote “manmade climate disaster” theories – and pretty soon you’re talking real money.

Moreover, that’s just US cash. It doesn’t include EU, UN and other climate cataclysm contributions. Nor does it include US or global spending on wind, solar, biofuel and other “renewable” energy schemes. That this money has caused widespread pernicious and corrupting effects should surprise no one.

The corrupting cash has feathered careers, supported entire departments, companies and industries, and sullied our political, economic and ethical systems. It has taken countless billions out of productive sectors of our economy, and given it to politically connected, politically correct institutions that promote climate alarmism and renewable energy (and which use some of this crony capitalist taxpayer and consumer cash to help reelect their political sponsors).

Toe the line – pocket the cash, bask in the limelight. Question the dogma – get vilified, harassed and even dismissed from university or state climatologist positions for threatening the grants pipeline.

The system has replaced honest, robust, evidence-based, peer-reviewed science with pseudo-science based on activism, computer models, doctored data, “pal reviews,” press releases and other chicanery that resulted in Climategate, IPCC exposés, and growing outrage. Practitioners of these dark sciences almost never debate climate disaster deniers or skeptics; climate millionaire Al Gore won’t even take questions that he has not preapproved; and colleges have become centers for “socially responsible investing” campaigns based on climate chaos, “sustainable development” and anti-hydrocarbon ideologies… 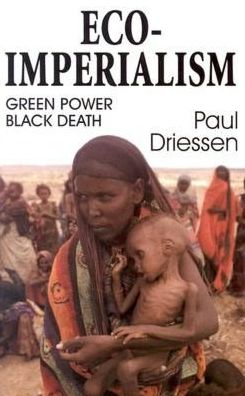 Excessive EPA rules have closed numerous coal-fired power plants, and the agency plans to regulate most of the US hydrocarbon-based economy by restricting carbon dioxide emissions from vehicles, generating plants, cement kilns, factories, malls, hospitals and other “significant” sources. Were it not for the hydraulic fracturing revolution that has made natural gas and gas-fired generation abundant and cheap, US electricity prices would be skyrocketing – just as they have in Britain and Germany.

EU papers carry almost daily articles about fuel poverty, potential blackouts, outsourcing, job losses, economic malaise and despair, and deforestation for fire wood in those and other European countries, due to their focus on climate alarmism and “green” energy. California electricity prices are already highest in USA, thanks to its EU-style programs. The alarms are misplaced, the programs do nothing to reduce Chinese, Indian or global emissions, and renewable energy is hardly eco-friendly or sustainable.

Wind energy requires perpetual subsidies and “backup” fossil fuel power plants that actually produce 80% of the electricity attributed to wind, and blankets wildlife habitats with turbines and transmission lines that kill millions of birds and bats every year. In fact, industrial wind facilities remain viable only because they are exempted from many environmental review, wildlife and bird protection laws that are enforced with heavy penalties for all other industries. Solar smothers habitats with glossy panels, and biofuels divert crops and cropland to replace fuels that we have in abundance but refuse to develop.

Now climate activists and EPA want to regulate fracking for gas that was once their preferred option.

Then in 2000 BP, now a group of companies that included Amoco, ARCO and Castrol, unveiled a new global brand with a new mark, a sunburst of green, yellow and white symbolizing dynamic energy in all its forms. It was called the Helios after the sun god of ancient Greece. In a press release announcing the change, the group said it had decided to retain the BP name because of its recognition around the world and because it stood for the new company’s aspirations: ‘better people, better products, big picture, beyond petroleum.’

In related news, BP is quitting its 40-years of investment in solar power:

It seems to be a trend now, last October it was Siemens who gave up on solar, now it is British Petroleum, who has been in the solar business nearly 40 years, and has made the last closure announcements, finalizing what they announced in 2011.

In the news today:

(Reuters) – British oil major BP shut down the remnants of its solar unit on Wednesday, drawing a line under the business on which most of its Beyond Petroleum tagline of the early 2000s was premised.

The company confirmed on Wednesday that it plans to exit its large-scale projects at Long Haven in the U.S. and Moree in Australia.

BP announced plans in July to abandon its household and industrial rooftop solar activities to concentrate on the larger projects but said on December15 that even those were no longer viable.