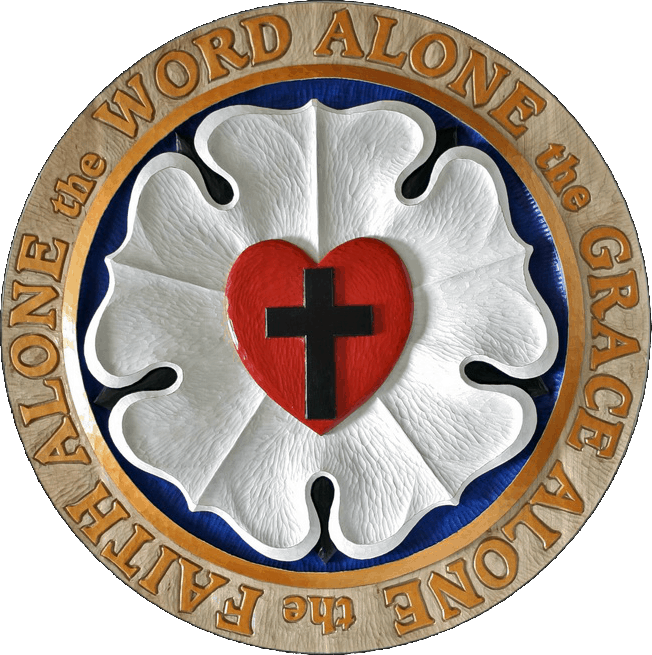 This is a discussion that took place on my Facebook. And I could see where it was headed, but I wanted to see which avenue it went down… there is so many of them. I pick up the conversation where the person is trying to make a counter point to my assertion that Obama went to a very racist church for twenty years.

A religion started by a rabid anti-Semite, seems like it would be an inherently bad religion that people should denounce, right?

What’s your opinion? If you believe obama going to a controversial church proves he has the same opinions as the church leader, I am curious what you think of an entire religion founded by someone who believed in killing and jailing all Jews.

Martin Luther, who wrote The Jews and Their Lies in the 1540’s which wad basically a blueprint for the holocaust. It’s sad that you need context to know whether killing Jews is bad or not…

I reference an earlier challenge to see if this person has read varying views of events in history, here I remind here of that challenge.

Have you read the book “The Fabricated Luther“? Or books about the Aryan cults such as noted in here (like my SCRIBD) or in books like “The Occult Roots of Nazism: Secret Aryan Cults and Their Influence on Nazi Ideology.” Very anti-Luther ~ were the Aryans and Nazis. I will post an exceprt or two from the Luther book. BTW, this is what I mean about going to sources “at odds with each-other, you then contrasted and found the better narrative based on available historical evidence.”

Huh? Can you succinctly tell me what you think about Lutheranism? Is it poisoned because of Luther?

Here is the quote I was referring to, and allow me to elucidate afterwards:

The cliché labeling Luther an anti-Semite ignores his 1523 treatise That Jesus Christ Was Born a Jew, in which he admonishes his fellow Christians: “If the apostles, who were also Jews, had dealt with us Gen­tiles as we Gentiles deal with the Jews, there would never have been a Christian among the Gentiles. Since they dealt with us Gentiles in such brotherly fashion, we in turn ought to treat the Jews in a brotherly man­ner in order that we might convert some of them … We should remem­ber that we are but Gentiles, while the Jews are in the lineage of Christ?” Elsewhere in this treatise, Luther writes: “If I had been a Jew and had seen such dolts and blockheads govern and teach the Christian faith, I would sooner have become a hog than a Christian.”

It is noteworthy that in the early twentieth century, the Jewish Encyclopedia made a clear distinction between the “two Luthers”—the pro-Jewish younger Luther and the anti-Jewish older Luther. In this remarkable publication, Gotthard Deutsch melancholically observed about Luther in 1906 that the “totally different attitudes which he took at different times with regard to the Jews made him, during the anti-Semitic controversies of the end of the nineteenth century, an authority quoted alike by friends and enemies of the Jews?”

Alas, it is true that in 1543, shortly before his death, Luther pub­lished his venomous book On the Jews and Their Lies, a work that was to cause great embarrassment to future centuries of Lutheran church lead­ers. In this book, he gave the “sincere advice” to burn down the syna­gogues, destroy the Jews’ homes, take away their prayer books, forbid rabbinic teaching, abolish safe-conduct for Jewish travel, prohibit usury, and force Jews into manual labor.

Johannes Wallmann has shown, however, that Luther’s treatises against the Jews, though reprinted in the late-sixteenth and early-sev­enteenth centuries, had limited impact in the general population. As the article in the Jewish Encyclopedia made clear, this and other appalling texts did not resurface until the late nineteenth century. In fact, in a devastating critique of German Protestant attitudes in the Hitler years, Richard Steigmann-Gall writes: “Not only did racialist anti-Semitism find a warmer reception among liberal Protestants than among confessional Lutherans, in many ways, racialist anti-Semitism was born of the theological crisis that liberal Protestantism represented..” Liberal Protestantism is a child of the nineteenth century. According to Steigmann-Gall, it provided the platform for Nazi ideologues to develop such theories as the one that Jesus was an Aryan. In other words, Protestants who were theologically closest to Luther’s teachings were more immune than liberals to one of the ugliest aspects of Nazism—racism. This observation could arguably also be made about deviant and sometimes lethal theologoumena that are currently rife in mainline churches in the United States and elsewhere in the West.

Here is the point, Lutheranism was founded well BEFORE his 1543 anti-Semitic writing… when he was VERY Jewish friendly.

SO — Lutheranism was founded on the pro-Jewish Luther. It was leftism in it’s various shades that chose the later Luther.

In Germany (and the U.S.), the eugenic movement was founded by left leaning secular and religious persons. Lutheran churches (read here — especially conservative Lutheran churches — but all) have denounced this racism from “later Luther.”

You see, you are setting up a non-sequitur… and emboldening my case that racism exists on the Left… much more-so than in conservative politics or conservative religion.

From eugenicists and the real NAZIs (an acronym with socialism in it), to before that and the founding of the KKK and, to our country entering into a Civil War, to the founder of Planned Parenthood. On-and-on:

▼ “…not every Democrat was a KKK’er, but every KKK’er was a Democrat.” Ann Coulter, Mugged: Racial Demagoguery from the Seventies to Obama (New York, NY: Sentinel [Penguin], 2012), 19.

The history of Protestantism and Catholicism saving Jews in WWII is another proud moment to understand (for instance the book by the Jewish Rabbi entitled: “The Myth of Hitler’s Pope: Pope Pius XII And His Secret War Against Nazi Germany”), Einstein did:

“Being a lover of freedom, when the [Nazi] revolution came, I looked to the universities to defend it, knowing that they had always boasted of their devotion to the cause of truth; but no, the universities were immediately silenced. Then I looked to the great editors of the newspapers, whose flaming editorials in days gone had proclaimed their love of freedom; but they, like the universities, were silenced in a few short weeks… Only the Church stood squarely across the path of Hitler’s campaign for suppressing the truth. I never had any special interest in the Church before, but now I feel a great affection and admiration for it because the Church alone has had the courage and persistence to stand for intellectual and moral freedom. I am forced to confess that what I once despised I now praise unreservedly.”

I am very aware of his “evolving” thoughts on Jews but the effects of his venomous thoughts, no matter how late in life they came, on the real life of Jews around the world cannot be ignored. You should consider be so kind to everyone.

Okay, no one is denying this? But Lutheranism was not founded on Anti-Semitism. Obama’s church was. It would be analogous to me going to a liberal, NAZI, Lutheran church in Germany for 20-years.

While a couple other things were said, the above is a good way to defend Church history, while still admitting Luther’s later fall from grace. (Mind you with a little RPT religio-political “swerve” thrown in.) Here is a good short video by egwpisteuw, here is his video description:

An analysis of the error in Bible interpretation made by Martin Luther which caused him to become antisemitic and to write the treatise entitled “Von den Juden und ihren Lügen” “Of the Jews and Their Lies.”

Here is a longer video lecture by a pastor: