An animated GIF that has been making it’s rounds among Twitter and Facebook was presented to me in the contexts that Dr. Fauci was “facepalming” himself about some “scientific thing” Trump said. The animated GIF on the face would make one think that. Click the pic to see the GIF: 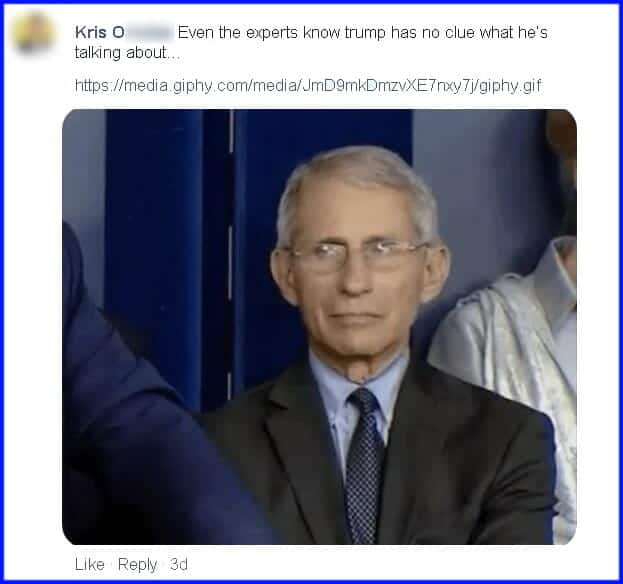 HOWEVER… the real video tells a different story. Here is my responce to a friends query and then the short video: