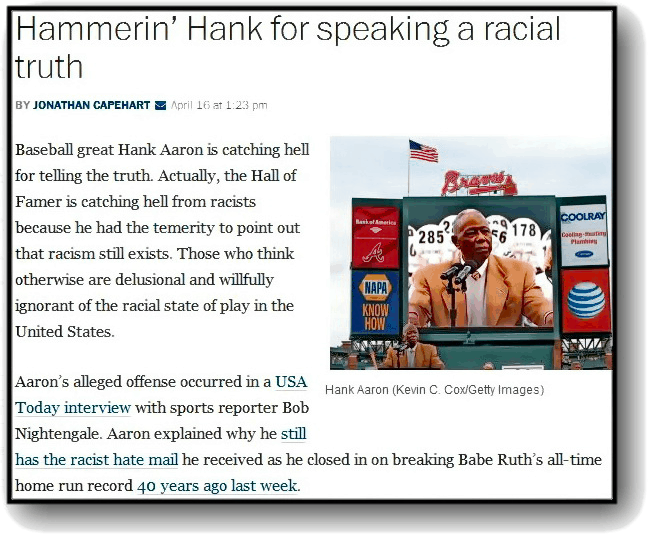 Gateway Pundit posts a story about the editorial piece in WaPo saying Hank Aaron was right. Here is GP’s comments:

The Ku Klux Klan‘s first incarnation was in 1866. On September 28, 1868, a mob of Democrats massacred nearly 300 African-Americans. The Klan was involved in a wave of 1,300 murders of Republican voters in 1868. The group was an offshoot of the Democrat Party. Klan members often threatened opponents at night with torches and hoods outside their homes.

Last week baseball great and historic whiner Hank Aaron compared all of those Americans who oppose Obama to the KKK.

Do you remember when dissent was patriotic? Yeah, well now if you dissent you’re a Klansman. Keep it classy, Democrats.