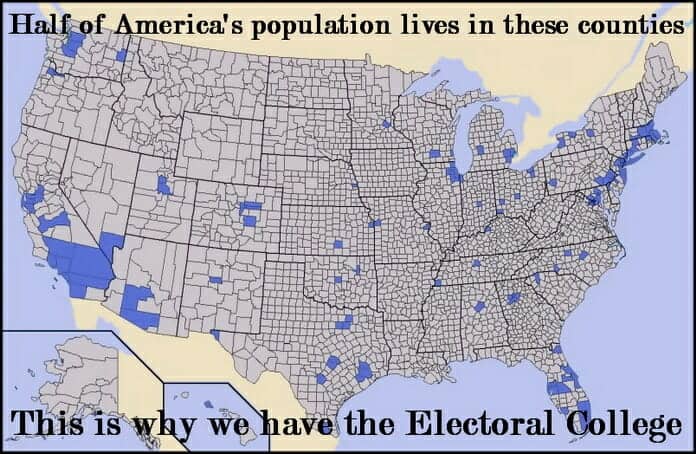 Take note that as well ArticleIV, Section4 of the Constitution reads:

Right now, there’s a well-organized, below-the-radar effort to render the Electoral College effectively useless. It’s called the National Popular Vote, and it would turn our presidential elections into a majority-rule affair. Would this be good or bad? Author, lawyer, and Electoral College expert Tara Ross explains.

You vote, but then what? Discover how your individual vote contributes to the popular vote and your state’s electoral vote in different ways–and see how votes are counted on both state and national levels.

The founders appropriated the concept of electors from the Holy Roman Empire (962 – 1806). An elector was one of a number of princes of the various German states within the Holy Roman Empire who had a right to participate in the election of the German king (who generally was crowned as emperor). The term “college” (from the Latin collegium), refers to a body of persons that act as a unit, as in the college of cardinals who advise the Pope and vote in papal elections. In the early 1800’s, the term “electoral college” came into general usage as the unofficial designation for the group of citizens selected to cast votes for President and Vice President. It was first written into Federal law in 1845, and today the term appears in 3 U.S.C. section 4, in the section heading and in the text as “college of electors.”