NATIONAL FILE however has a blockbuster in my opinion: 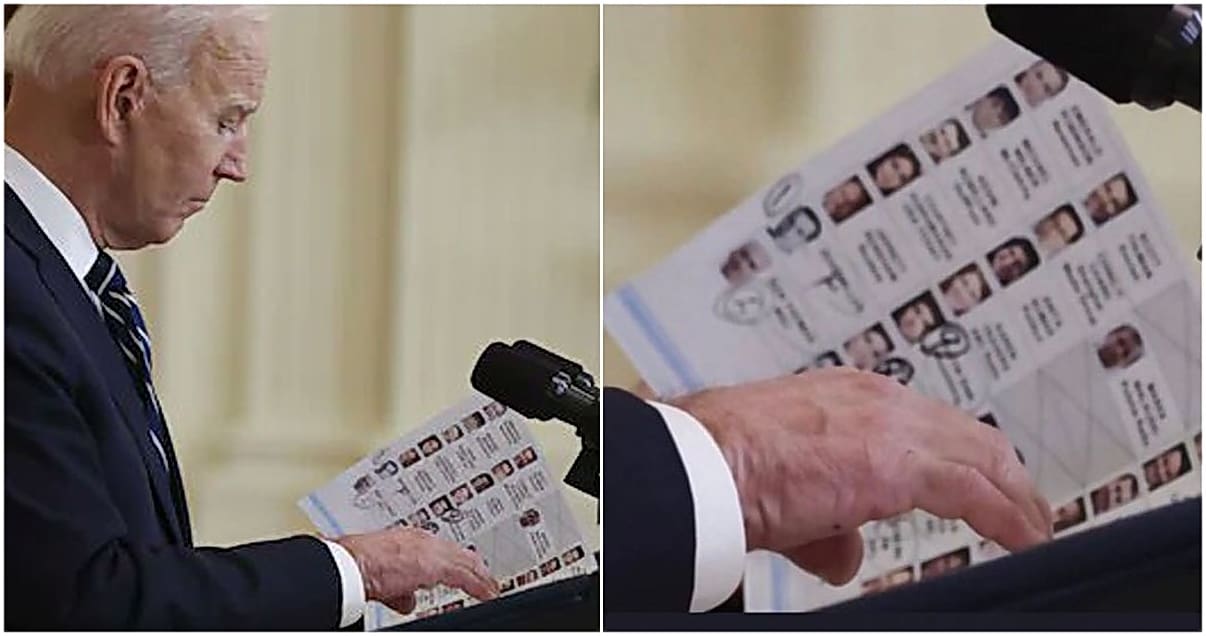 Photographs taken during President Joe Biden’s poorly received Thursday press conference reveal that he used a “cheat sheet” with the names and faces of the reporters pre-selected to receive an answer from him in response to certain questions. The cue cards also contained talking points for him to repeat during the press conference, such as his plans for infrastructure spending.

Talking points such as “The United States now ranks 13th globally in infrastructure quality — down from 5th place in 2002,” and, “China spends 3 times more on infrastructure than U.S.” could be seen on the cue cards held in the hands of the President.

Another piece of paper contained the names and headshots of reporters present at the press conference, with some names circled to indicate which ones would be allowed to receive a response from the President…..