(RED STATE) For five years, CNN has fed us a non-stop string of stories claiming, without — and contrary to — evidence, that President Trump was a tool of Vladimir Putin and that just about every foreign policy move by the US, from confronting North Korea to disarticulating the head of Iran’s Revolutionary Guards Quds Force to slaughtering Russian mercenaries in Syria, was actually designed to give Russia some huge but unspecified advantage over the United States.

Now that President Trump seems destined to leave the White House later this month, CNN has openly violated their own editorial policy and decided to take a stab at telling the truth. This is CNN foreign policy wonk and noted plagiarist (yes, plagiarists can still find employment on CNN if nowhere else) Fareed Zakaria on CNN’s New Day on January 1:

Sebastian Gorka goes through a few items that is evidence against the idea that Trump is a Russian asset.

If you think Russia spent money to get Trump in office, that was the biggest waste of money in history.  Alternatively, if you think Putin has something on Trump, it has failed to dissuade Trump to act in Putin’s favor at all… Putin, then, would be the worse con-artist in history then.

Here is HUGH HEWITT noting some of the above and more:

Hell of a “MOLE” who gets sequester rolled back so DOD can rebuild,  demands NATO increase defense spending, provides lethal weapons to Ukraine, has American military wipe out a Russian force of irregulars in Syria, and urges Russia pipeline to Germany be cancelled (Hewitt: TWITTER) | The @realDonaldTrump-as-Russian-mole theory also must include that he has successfully fooled fmr SecDef Mattis, @SecPompeo @AmbJohnBolton.  Helluva spy.

If Putin paid for Trump, Trump is a smart mother-effer, because he first used Russian interests to get the White House, and then immediately turned on Russia’s interests.

THE ENTIRE 3-HOURS is magnificent. I wish all Republicans pushed back like this. The truth is on our side!

….The Helsinki summit did not change my view of the Russian president. As I have reiterated many times, Putin is pure evil. There is no doubt in my mind that U.S. intelligence agencies arrived at the correct conclusion: Russia did meddle in the U.S. 2016 election, and Putin himself directed the operation. Again, I speak from personal experience on this topic: In 2012, Russian intelligence services interfered in the Georgian parliamentary elections, boosting the Kremlin’s preferred candidate through disinformation operations.

Thus, my opinion of President Trump’s policy vis-à-vis Russia is perhaps more positive than one might assume from my background. My reasoning is two-fold: After a lifetime of firsthand experience with Russian aggression, I must evaluate Trump’s actions against the proper historical context. In doing so, I have found that Trump’s actions speak for themselves.

On the first point, I consider it unfair that Trump’s performance in Helsinki has garnered harsher criticism than other incidents in recent memory. In 2012, for example, a hot microphone at a global nuclear security summit picked up then-President Barack Obama assuring Russian President Dmitry Medvedev that he would have “more flexibility” to negotiate with Putin after the presidential election.

During a debate with GOP opponent Mitt Romney the same year, Obama casually dismissed the Russian threat, quipping: “The 1980s called; they want their foreign policy back.” Although Trump could certainly have been more forceful by condemning Putin’s crimes, his statements at the Helsinki press conference were nowhere near as concerning as his predecessor’s remarks about Russia.

This brings me to my second point: Trump’s actions toward Russia speak louder than words—and so did his predecessor’s. Indeed, the Obama administration’s foreign policy undermined America’s credibility in my region, which Putin considers Russia’s “backyard.” There are many opinions about Trump’s rhetoric on Crimea, but it is a fact that the Russian land grab in Ukraine happened on Obama’s watch.

How, exactly, did this happen? During and after Ukraine’s revolution of 2014, which ousted a Kremlin-backed dictator, on a daily basis the United States cautioned Ukraine not to escalate in response to Russian aggression. Thus, Putin saw an opportunity to annex Crimea without risking a direct confrontation with the West—and he seized it. Putin is a bully, but not a fool.

What a Difference Two Years Makes

Rather than changing his course after Moscow redrew the borders of Europe by force, Obama doubled down. Despite bipartisan consensus in favor of selling lethal defensive weapons to Ukraine, and vocal support from his own administration officials (including Joe Biden and Hillary Clinton), Obama repeatedly refused to authorize the sales.

Instead of anti-tank weapons, the Ukrainians defending their territory from Russian invasion received hot blankets and canned goods from the Obama administration. At the same time, Obama asserted that the Ukraine conflict had “no military solution.” With these words—and more importantly, these actions—he was perceived by some on the Russian side as accepting the Kremlin’s sphere of influence in Ukraine.

Despite my warnings, the Obama administration also essentially turned a blind eye to Russian meddling in Georgia’s 2012 elections. The result was devastating not only for Georgia, but for American interests: A Kremlin-backed oligarch (who has substantial interests in Russian energy firm Gazprom) ascended to power in a strategic U.S. ally. Moreover, Russia’s meddling in Georgia’s elections functioned as a proving ground for information operations later used in the United States. To his credit, Obama accepted this reality in 2016, when he expelled dozens of Russian diplomats, but this response was too little, too late.

By contrast, Trump authorized the sale of lethal defensive weapons to both Ukraine and Georgia in 2017. The Trump administration went beyond the congressional mandate in sanctioning Russian authorities involved in the annexation of Crimea. Earlier this year, the United States imposed the harshest sanctions yet, targeting Russian oligarchs as well as government officials.

Trump’s rhetoric on energy at the Helsinki summit, which has been largely overlooked, is also a reason for optimism. The backbone of the Russian economy is energy, and Russia’s dependence on fossil fuels is Putin’s Achilles heel. At Monday’s press conference, Trump stated that U.S. liquefied natural gas exports would “compete” with Russian gas in Europe. This reflects Trump’s comments at the NATO summit, where he criticized Germany for supporting the Nord Stream II pipeline. Trump was correct to call attention to this project, which will enrich the Kremlin at the expense of struggling pro-Western allies like Ukraine….. 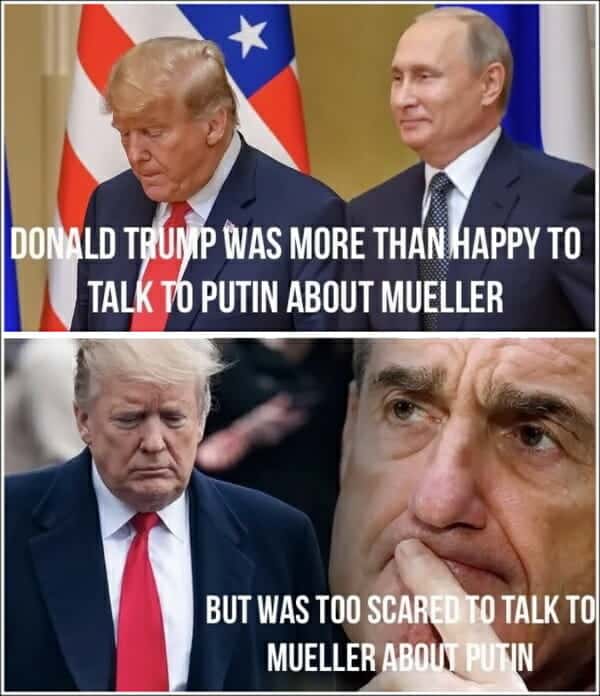