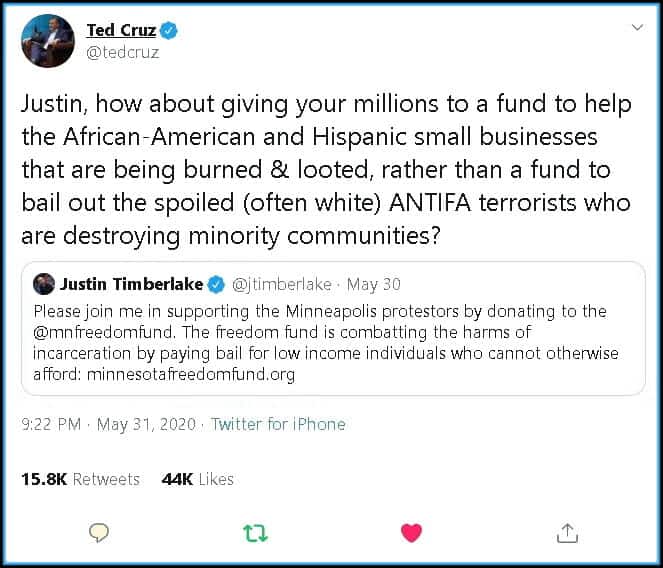 Cruz’s sharp response to Timberlake comes as the country experienced yet another night of violent protests sparked by the death of George Floyd. However, as President Trump and Attorney General William Barr have emphasized, many of the protesters seem to be associated with radical leftist groups including Antifa and have engaged in lawless behavior. Video after video shows rioters assaulting police officers and pillaging businesses — many of which are minority-owned — in the name of “justice.”

That was in full display in Philadelphia on Sunday as rioters destroyed a line of police vehicles as officers moved to protect local businesses from looters.

FOX 29’s Steve Keeley noted that many of those businesses needing protection from protesters were, in a twist of irony, minority owned.