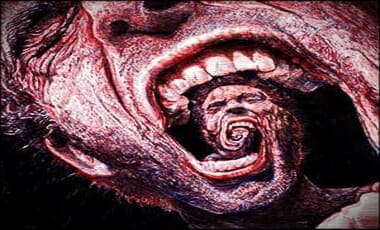 In the Rationality of Theism, by Paul K. Moser and Paul Copan (page 122), Dr. Craig, in similar fashion to his response above, points out that there is somewhat of a category mistake going on here in what traditional theism has historically understood and how this is defined here:

Finally, it is sometimes objected that God’s existence entails the existence of an actual infinite. But this seems far from inevitable. In general, God’s infinity is a qualitative, not a quantitative, notion. It has nothing to do with an infinite number of definite and discrete finite particulars. Attributes like omnipotence, moral perfection, timelessness, amity, omnipresence, and so on just are not quantitative notions.  Even omniscience need not entail that God has an actually infinite number of true beliefs if, with William Alston and in line with Christian tradition, we take God’s knowledge to be non-propositional in nature, though represented by finite cognizers [finite knower] as knowledge of individual propositions.

This can be seen in a slightly different form as found by questions raised to Dr. Craig on his Reasonable Faith site/podcast:

As I am always debating and defending the Kalam, I am always refuting the possibility of a past-eternal universe, by simple explaining the difference between actual and potential infinites. Now it’s quite simple to “disprove” an actual infinite, but the question always pops up “how is God infinite if actual infinites cannot exist?”. I do my best to answer, but it never seems to get the job done the way I want it to. I usually say that actual infinites don’t exist in the physical universe; God is actually infinite but transcends the physical universe and is not bound there-in or there-by. Any respone would be greatly appreciated.

If actual infinites do not exist as you argue, do you not agree that God knows an infinite amount of things?

Clearly there are an immeasurable but finite number of things in the universe for him to know, but what about his own thoughts? Are there not an infinite amount of thoughts in his own mind within the trinity?

I would answer your question differently, Russ. Whether something is physical or not seems to me irrelevant to the question of its quantity so long as the things can be numbered or counted. Thus, it is, for example, perfectly intelligible to ask whether there are an actually infinite number of angels or an actually infinite number of souls. Things don’t have to be physical in order to be countable. (Mathematically, there are also non-denumerable infinites, but these don’t come into the picture here.)

Rather the key to your question is to understand that the mathematical notion of an actual infinite is a quantitative concept. It concerns a collection of definite and discrete elements that are members of the collection. But when theologians speak of the infinity of God, they are not using the word in a mathematical sense to refer to an aggregate of an infinite number of elements. God’s infinity is, as it were, qualitative, not quantitative. It means that God is metaphysically necessary, morally perfect, omnipotent, omniscient, eternal, and so on.

Really “infinity” is just a sort of umbrella term used to cover all of God’s superlative attributes. If you abstract away all of those attributes, there really isn’t any distinct attribute called “infinity” left over. But none of those attributes need involve an infinite number of things. To take your example, Alan, omniscience need not entail knowing an infinite number of, say, propositions, much less having an infinite number of thoughts; nor need we think of omnipotence as entailing the ability to do an infinite number of actions. When we define omniscience as knowledge of only and all true propositions, we are expressing the extent of God’s knowledge, not its mode. The mode of God’s knowledge has traditionally been taken to be non-propositional in nature. God has a single undivided intuition of reality, which we finite knowers break up into individual bits of information called propositions. Thus, the number of propositions is at best potentially infinite. Similarly, omnipotence is not defined in terms of quanta of power possessed by God or number of actions God can perform but in terms of His ability to actualize states of affairs. As such it involves no commitment to an actual infinity of things. Therefore, there’s no reason to think that God is susceptible to the sort of quantitative analysis imagined by the objection.

The footnote from this Q&A refers to a William P. Alston Cambridge Journal article (I am ordering this when $$ flows well), but the jist of this article was mentioned in a boo by Quentin Smith and William Lane Craig. On page 94 of Theism, Atheism, and Big Bang Cosmology we read this:

This view is looked to in-depth in the chapter “Atemporality: Contemporary Statements” in the book God and the Nature of Time.