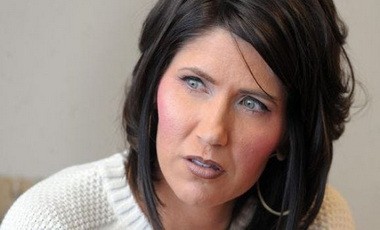 Former Clintonista Stephanopoulos pushed the Democratic line, claiming there had been no evidence of widespread fraud. But Noem stopped him short (RED STATE).

“And that is not true,” Noem answered. “People have signed legal documents, affidavits, stating that they saw illegal activities and that is why we need to have this conversation in court. The New York Times itself has said there were clerical errors. … in Michigan we had computer glitches that turned Republican votes to Democrat votes. You look in Pennsylvania, dead people voted in Pennsylvania.” [….]

“So George, I don’t know how widespread it is. I don’t know if it will change the outcome of the election,” Noem admitted. “But why is everybody so scared just to have a fair election and find out? We gave Al Gore 37 days to run the process before we decided who was going to be president. Why would we not afford the 70.6 million Americans who voted for Trump the same consideration?” 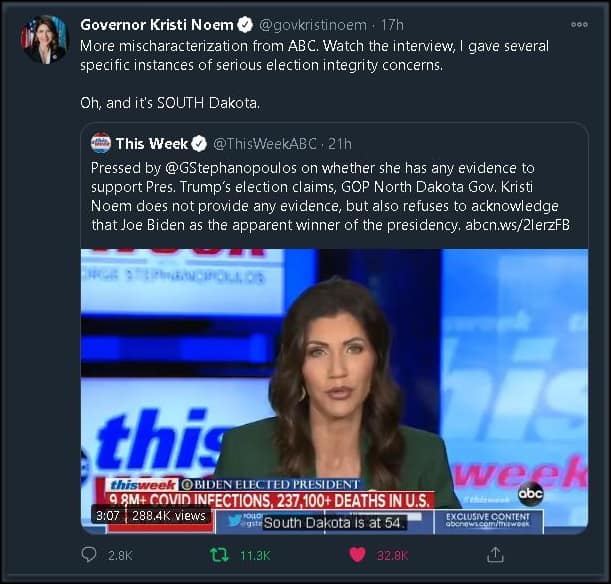