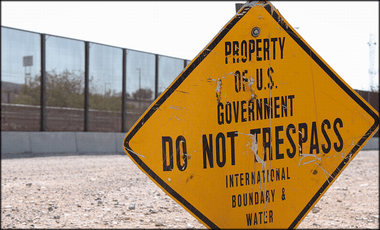 (FOX NEWS) The Santa Clarita city council on Tuesday voted to oppose California’s “sanctuary state” law and to support the Trump administration’s lawsuit against the state.

Multiple California cities and counties have opposed the bill — which was signed into law by Gov. Jerry Brown (D) in October 2017 — but Santa Clarita is the first city in Los Angeles County to do so.

The above is an interview by our local paper, The Signal. The death of Paul Walker is tragic because he was up doing charity work with a friend, Roger Rodas. Roger was a man who invested in his community, and leaves behind a hole in the hearts of their kids (Paul’s and Roger’s). This from The Mirror

The eight-year-old son of Roger Rodas bravely tried to save his dad as flames engulfed the supercar following the crash which killed Fast and Furious star Paul Walker.

The boy jumped a fence and ran over to the burning car in a desperate bid to free his trapped father.

Witness Jim Torp told the NY Daily News: “I ran over afterwards, I was trying to find Roger’s son.

“I found out his son had jumped the fence and gone over, he was trying to get his dad out.

“Paul Walker’s best friend was trying to get Paul out of the car while it was still on fire … he was trying to save his friend … there was nothing he could do.”

Truly a sad picture this boy will have to deal with. A pretty thorough article on the whole affair can be found in the Telegraph.

While at the event, Walker and Rodas decided to take the Porsche GT out for a spin.

Witnesses at the crash scene posted a video of the scene on YouTube showing debris from the wreckage while emergency workers cordoned off the area. Photographs also show a burnt out shell of a car.

Antonio Holmes told the Santa Clarita Signal: ‘We all ran around and jumped in cars and grabbed fire extinguishers and immediately went to the vehicle. It was engulfed in flames. There was nothing.

‘They were trapped. Employees, friends of the shop. We tried. We tried.’

Holmes added: ‘Him and his buddy, his brother in arms at heart just decided to joyride, take a spin. Something we all do. We’re all car enthusiasts…

Paul confessed to being a Christian (may have been Mormon?), I believe Roger’s wife, Kristine, is a woman involved in the faith (and I pray her husband was as well). So prayers for the family is asked for.

Get to know Roger a bit more by clicking through the link in the pic of Roger. After months of knowing that Pulchella winemakers Nate Hasper and Steve Lemley had built the first crush pad in Santa Clarita, and not being able to release the news, I was chomping at the bit to get in there and check it out.

It finally happened.  I got all of my questions answered, and then some, when my editor Michael Perlis and I had our tour.  And if you just want the basics, click here for the news release.  If not, here’s the full skinny:

First, for my wine 101ers: What is a crush pad?  It’s a winemaking facility to which the grapes are transported after harvest, the stems and leaves are removed, the grapes are crushed and then all of the stages of fermentation – turning juice into wine – are closely managed by the winemakers.

In this case the winemakers are UC Davis-educated and bring a wealth of knowledge, and love, to the process.

“We’ve crushed 50 tons total since we opened.” Steve began.  “But it’s been a long haul.  The city was very supportive, happy that we were building the facility.  However with the health department we hit all red tape and walls. The health department does not have a winery specific category so being forced to be categorized generically required us to implement tens of thousands of dollars in unnecessary and not industry standard requirements to open. Never the less, Santa Clarita has a hospital grade winery now…  We worked together to complete the project.”

And why do it?  Why not continue picking your grapes in Paso Robles and crushing there?  Because they live here.  “We couldn’t be watching over the process every single day so that meant we couldn’t make the wine the way we wanted to.  We were clients in a crush pad long enough to learn how to do it.”