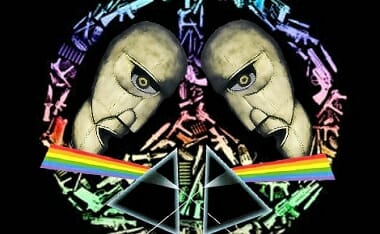 This (the above and below) is with thanks to Moonbattery!

John Quincy Adams is worth reading at greater length on the topic, as he provides some insight into what has been going on in Iraq now that Obama has prematurely removed our troops:

In the seventh century of the Christian era, a wandering Arab of the lineage of Hagar [i.e., Muhammad], the Egyptian, […..] Adopting from the new Revelation of Jesus, the faith and hope of immortal life, and of future retribution, he humbled it to the dust by adapting all the rewards and sanctions of his religion to the gratification of the sexual passion. He poisoned the sources of human felicity at the fountain, by degrading the condition of the female sex, and the allowance of polygamy; and he declared undistinguishing and exterminating war, as a part of his religion, against all the rest of mankind. THE ESSENCE OF HIS DOCTRINE WAS VIOLENCE AND LUST. – TO EXALT THE BRUTAL OVER THE SPIRITUAL PART OF HUMAN NATURE…. Between these two religions, thus contrasted in their characters, a war of twelve hundred years has already raged. The war is yet flagrant … While the merciless and dissolute dogmas of the false prophet shall furnish motives to human action, there can never be peace upon earth, and good will towards men.

“How dreadful are the curses which Mohammedanism lays on its votaries! Besides the fanatical frenzy, which is as dangerous in a man as hydrophobia in a dog, there is this fearful fatalistic apathy. The effects are apparent in many countries, improvident habits, slovenly systems of agriculture, sluggish methods of commerce and insecurity of property exist wherever the followers of the Prophet rule or live. A degraded sensualism deprives this life of its grace and refinement, the next of its dignity and sanctity. The fact that in Mohammedan law every woman must belong to some man as his absolute property, either as a child, a wife, or a concubine, must delay the final extinction of slavery until the faith of Islam has ceased to be a great power among men.

“Individual Moslems may show splendid qualities, but the influence of the religion paralyzes the social development of those who follow it. No stronger retrograde force exists in the world.”

Islam has not changed over the centuries. All that has changed is that never before have we been ruled by people who take Islam’s side against us.