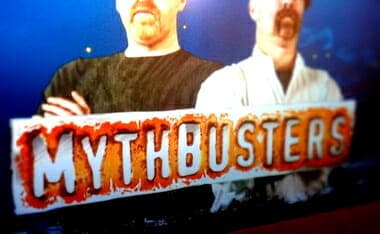 97% ‘Consensus’ shatters: Purdue U. Survey: Only 50% Of Scientists Blame Mankind for Climate Change

What is the real consensus?

…The Obama administration and environmental groups have long claimed 97 percent of scientists agree that human activity is causing the Earth to warm, but there’s a new consensus they may be less willing to acknowledge.

Using the same methodology as the vaunted “97 percent” paper by researcher John Cook, two climate scientists have made a bold discovery: virtually all climate scientists agree that global warming has “stopped” or “slowed down” in recent years.

“[W]e didn’t find a single paper on the topic that argued the rate of global warming has not slowed (or even stopped) in recent years,” wrote scientists Patrick Michaels and Chip Knappenberger with the libertarian Cato Institute.

“This is in direct opposition to the IPCC’s contention that global warming is accelerating, and supports arguments that the amount of warming that will occur over the remainder of the 21st century as a result of human fossil fuel usage will be at the low end of the IPCC projections, or even lower,” the tw scientists added. “Low-end warming yields low-end impacts.”…

Date: February 1, 2013 at Purdue University in West Lafayette, IN.

I am posting an important article here from the New York Post that makes one’s jaw drop! Deroy Murdock hit one out of the park with this article!

Look who parks their cash at Bain

Democrats convened in Charlotte, NC, will double down on their claim that Bain Capital is really the Bain crime family. They will accuse Republican nominee Mitt Romney and Bain’s other “greedy” co-founders of stealing their winnings, evading taxes and lighting cigars with $100 bills on their yachts.

But Bain’s private-equity executives have enriched dozens of organizations and millions of individuals in the Democratic base — including some who scream most loudly for President Obama’s re-election.

These funds aggregate the savings of millions of unionized teachers, social workers, public-health personnel and first responders. Many would be startled to learn that their nest eggs are incubated by the company that Romney launched and the financiers he hired.

Leading universities have also profited from Bain’s expertise. According to Infrastructure Investor, Bain Capital Ventures Fund I (launched in 2001) managed wealth for “endowments and foundations such as Columbia, Princeton and Yale universities.”

According to BuyOuts magazine and S&P Capital IQ, Bain’s other college clients have included Cornell, Emory, the Massachusetts Institute of Technology, Notre Dame and the University of Pittsburgh. Preqin reports that the following schools have placed at least $424.6 million with Bain Capital between 1998 and 2008:

Major, center-left foundations and cultural establishments also have seen their prospects brighten, thanks to Bain Capital. According to the aforementioned sources, such Bain clients have included the Charles Stewart Mott Foundation, the Doris Duke Foundation, the Metropolitan Museum of Art, the Ford Foundation, the Heinz Endowments and the Oprah Winfrey Foundation.

“The scrutiny generated by a heated election year matters less than the performance the portfolio generates to the fund,” California State Teachers’ Retirement System spokesman Ricardo Duran said in the Aug. 12 Boston Globe. CalSTRS has pumped some $1.25 billion into Bain.

Since 1988, Duran says, private-equity companies like Bain have outperformed every other asset class to which CalSTRS has allocated the cash of its 856,360 largely unionized members.

Is Bain really a gang of corporate buccaneers who plunder their ill-gotten gains by outsourcing, euthanizing feeble portfolio companies and giving cancer to the spouses of those whom they fired? If so, union bosses, government retirees, liberal foundations and elite universities thrive on the wages of Bain’s economic Darwinism.

If, however, these institutions relish the yields that Bain Capital generates by supporting start-ups and rescuing distressed companies, 80 percent of which have prospered, then this money is honest — and Team Obama isn’t.