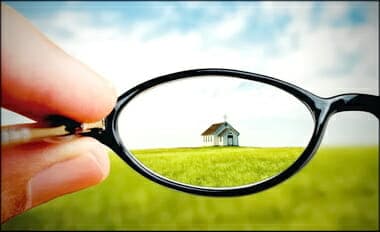 Wretched speaks to Phil Johnson regarding Beth Moore and orthodoxy:

The following is from an old post I did on Moore:

So the question is, 1) who is BRENNAN MANNING that so influenced Beth Moore to have evoked her to [highly] recommend his book, RAGAMUFFIN GOSPEL? and 2) where does he fall on the major doctrines we hold so dear to? This is where a decent study of theology comes in and should make aberrant teaching smoother to spot. I wish to allow Dr. Norman Geisler to lead off a quick summation of some of the doctrines the postmodern movement Mr. Manning finds himself in the thralls of:

Pastor GARY GILLEY, after bullet pointing some of the problems in Manning’s book introduced to many people through Moore’s book, says this:

Add all of this up and we have a book that makes some good points, especially about God’s grace, but distorts so much about God and truth as to render it worse than useless—it is downright dangerous.

[…here are the bullet points that preceded the above…]

✦ The sources for his philosophy of life range from Catholic mystics to Paul Tillich to Norman Mailer to Carl Jung.

✦ He accepts a postmodern worldview and calls for us to be open-minded about truth, reality and Christ (p. 65).

✦ He consistently presents a lopsided view of God. God is loving and forgiving but never a judge, disciplinarian or punisher (p. 75), contrary to the clear teaching of Scripture.

This short critique (above) by a pastor should send up some warning flares and stir in us an apologetics bent to understand more how these associations can lead a weak Christian astray. For instance, let us “rabbit trail” some positions of this Catholic mystic. Manning recommends highly and even quotes the mystic/New Ager, Beatrice Bruteau in one of his books:

In Abba’s Child, Brennan Manning says that Dr. Beatrice Bruteau is a”trustworthy guide to contemplative consciousness.” Who is Beatrice Bruteau and what does she believe? She is the founder of The School for Contemplation, and she believes God is within every human being. She wrote the book, What We Can Learn from the East,

“We have realized ourselves as the Self that says only I AM, with no predicate following, not “I am a this” or “I have that quality.” Only unlimited, absolute I AM” [A Song That Goes On Singing – Interview with B.B., one can read the entire section under “Human Choice” to understand just how New Age Beatrice is].

“I AM,” of course, is one of the biblical names of God (EXODUS 3:14). Why would Manning recommend Bruteau with no warning if he does not agree with this blasphemy?

This isn’t “guilt by association” — so one knows the difference — it is “guilt by proxy.” A much more powerful legal term.

In The Signature of Jesus, Manning gives this quote from the mystic Catholic priest William Shannon and the Catholic Buddhist Thomas Merton:

“During a conference on contemplative prayer, the question was put to Thomas Merton: ‘How can we best help people to attain union with God?’ His answer was very clear: WE MUST TELL THEM THAT THEY ARE ALREADY UNITED WITH GOD. CONTEMPLATIVE PRAYER IS NOTHING OTHER THAN COMING INTO CONSCIOUSNESS OF WHAT IS ALREADY THERE” (p. 218).

Merton was a Trappist monk who promoted the integration of Zen Buddhism and Christianity. The titles of some of his books are “Zen and the Birds of the Appetite” and “Mystics and the Zen Masters.” He is of course famous for saying, “I see no contradiction between Buddhism and Christianity … I intend to become as good a Buddhist as I can.” I CRITIQUED MERTON because of an associate pastor at a local Bible centered church (in Castaic) saying he loved Merton. Mentioning that his professor at Biola was using a book in class that he didn’t find anything wrong with.Very sad and maddening at the same time. Simple care in learning our doctrines in fun ways (evangelism) can be a big help in leading us away from heresy. (Video in case it drops off YouTube: “Brennan Manning Explains His Emergent View of the Christian Faith”)

As with many such teachers who gain popularity by tickling ears, Manning overemphasizes the love and grace of God while ignoring His attributes of justice, righteousness and holiness. He teaches that Jesus has redeemed all of mankind. His “good news” is that everyone is already saved. Manning quotes David Steindl-Rast approvingly in his book, The Signature of Jesus (pp. 210, 213-214). Steindl-Rast, a contemplative Roman Catholic priest, said:

“Envision the great religious traditions arranged on the circumference of a circle. At their mystical core they all say the same thing, but with different emphasis”

“God is a great underground river, and there are many wells into that river. There’s a Taoist well, a Buddhist well, a Jewish well, a Muslim well, a Christian well, a Goddess well, the Native wells-many wells that humans have dug to get into that river, but friends, there’s only one river; the living waters of wisdom”

Quoted from John Caddock, “What Is Contemplative Spirituality,” Journal of the Grace Evangelical Society, Autumn 1997.

Even Manning’s approach to prayer is aberrant. In The Signature of Jesus Manning promotes the dangerous practice of centering prayer, which involves chanting “a sacred word” to empty the mind and allegedly enter into silent experiential communion with God within:

“[T]he first step in faith is to stop thinking about God at the time of prayer. … enter into the great silence of God. Alone in that silence, the noise within will subside and the Voice of Love will be heard. … Choose a single, sacred word … repeat the sacred word inwardly, slowly, and often” (pp. 212, 215, 218).

This is a New Age/Eastern concept of prayer.

Not a Christian concept of it.

So where does this example leave us? It leaves us at a couple of places. Some of the critique I use above comes from a book that I would recommend to a friend/believer, but with a caveat. The author can be very legalistic and I would point out that some aspects of how the author applies their understanding of the Gospel is dealt with in Galatians (maybe mentioning Luther’s commentary on Galatians as a resource to better grasp this concept of the freedom we have in Christ). The book is Contemplative Mysticism: A Powerful Ecumenical Bond, by David Cloud.

Likewise, I am sure the believer who is well moored in the foundational beliefs and how they work themselves throughout our culture can read Beth Moore and glean from it helpful input into one’s faith. Should it be at the top of a recommend list for one God fearing woman to recommend to another, no. Can it be of benefit as a resource for a woman struggling with issues, of course, as long as the person doing the recommending adds a cautionary note. Like I did with my recommended resource.

Dear friends, I’ve dropped everything to write you about this life of salvation that we have in common. I have to write insisting—begging!—that you fight with everything you have in you for this faith entrusted to us as a gift to guard and cherish. What has happened is that some people have infiltrated our ranks (our Scriptures warned us this would happen), who beneath their pious skin are shameless scoundrels. Their design is to replace the sheer grace of our God with sheer license—which means doing away with Jesus Christ, our one and only Master. (JUDE 3-4, The Message)

As one studies all the facets of apologetics, rabbit trails will appear, but in them all remember a key thing, harkening back to Dr. Ganssle when he mentioned that our sinful condition has even effected our reasoning skills. Building on that take note that even if we have thought through a matter, worked on it, got it to line up with orthodoxy and have sound reasoning… often times our intentions in presenting it as well as the delivery and how the other corrupted person hears it are all at play. Which is why we say the Holy Spirit must be the Prime Mover at the deepest levels for a person to be moved by a truth, by thee Truth. Quoting Dr. Ganssle again:

Each one of the three angles or themes concerning apologetics is legitimate and fruitful. Each is worthy of careful study. Despite this fact, there are two trends I wish to point out First, most of the thinking about apologetics has been on the academic themes. While this weight of attention is not in itself a bad thing, it may allow us to forget the other angles of apologetics. Second most of the criticisms of the usefulness of apologetics find there root in confusing the academic angle of apologetics with the entirety of the apologetic enterprise. Those of us who work in the academic angle bear much of the blame for this confusion. Sometimes we are overzealous about the strength of our arguments or how interesting they ought to be to nonbelievers. [This includes discussions with fellow Christians and topics.] Sometimes we neglect the large distinction between arguments that are technically strong and those that might be persuasive to a given person. Sometimes we neglect the missional themes in the apologetic task and thereby reinforce the notion that coming to believe that Christianity is factually true is the main task in our witness. By articulating the importance of the missional angle, as well as of the theological angle, we can defuse many criticisms of apologetics. (emphasis and addition in box quotes mine.)

I hope this short introduction to apologetics was and is helpful. There are three books I highly recommend as great starter points to both understanding the importance of apologetics as well as seeing the differing models of thinking in the world compared. These three resources are technical enough to invigorate the thinker as well as great introductions to the subject accessible to the layman.