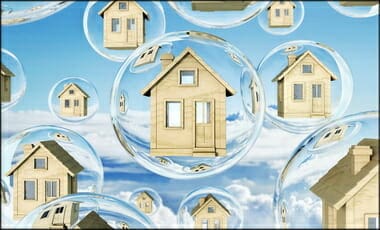 Thomas Sowell discusses how we got into the current economic disaster that developed out of the economics and politics of the housing boom and bust.

This is an older topic that was freshly visited by the Sage of South Central (Larry Elder) because of a caller calling him disingenuous. I edit his segment on it — directly below — and add links to many resources for further study. Enjoy, and please, pass along to Democrat friends and family that have a skewed view of this ~ blaming corporations, banks, or Wall Street.

The line-up of video used in the above Larry Elder audio is as follows:

Here is some of the resources I have previously posted on my site — bringing them to one place for the furtherance of putting liberals in their place.

This is a good montage proving what is being attributed to the Democrats: 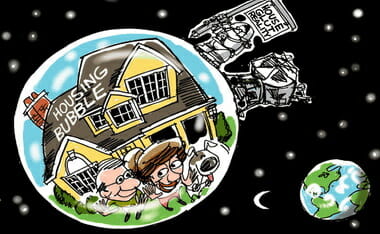 Larry Elder on his FACEBOOK notes some of these articles, so I will as well:

The following are very similar in substance (much of the video used at least). However, it is commented on and reordered a bit to make varying points that differ substantially:

This is merely a caller into the Michael Medved explaining succinctly the issue: Best Call of the Week. Likewise, here is a 30-second rebuttal by Larry Elder of the issue on his radio show: A Quick Rebuff to Freddie Fannie Charge. And finally here is Judge Andrew Napolitano’s speaking to the issue:

Thomas Sowell asks three questions of the left with a claim that it is rare that the answers are readily available. This video frames the housing market crash from 2008 and challenges those on both the Right and Left. When a social policy is adopted and becomes a top priority – asking honest questions is the only way of ensuring you remain objective. The radical left today appears to run into difficulty when those same questions are asked. I certainly don’t agree with all of Sowell’s positions on every topic, but the questions are worthy of being asked.

Here is more from Moonbattery:

Old news, Democrats will scoff. But if you’re like me and lost the equivalent of years of work in the 2008 meltdown, you might still be interested in who was responsible. The truth is coming to light:

In a just-released book, former FCIC [Financial Crisis Inquiry Commission] member Peter Wallison says that a Democratic Congress worked with the commission’s Democratic chairman to whitewash the government’s central role in the mortgage debacle. The conspiracy helped protect some of the Democrats’ biggest stars from scrutiny and accountability while helping justify the biggest government takeover of the financial sector since the New Deal.

Wallison’s sobering, trenchantly written “Hidden in Plain Sight: What Really Caused the World’s Worst Financial Crisis and Why It Could Happen Again” reveals that the Democrat-led panel buried key data proving that the U.S. Department of Housing and Urban Development and other federal agencies pushed the housing market over the subprime cliff. The final FCIC report put the blame squarely on Wall Street.

In 2009, then-House Speaker Nancy Pelosi appointed her California pal Phil Angelides, a long-time Democrat operative, to lead the commission. The fix seemed to be in, and Wallison’s account of the inner workings of the 10-member body confirms it.

See IBD for details on how the phony $10 million probe came up with the predetermined verdict that free enterprise caused the collapse, which in reality was the result of the federal government inflicting Affirmative Action on the mortgage industry.

Here is a response from a friend on FaceBook:

…He (Bush and the Republicans) tried multiple times to change the now apparent issue…. 17-times to be exact:

2007 August: President Bush emphatically calls on Congress to pass a reform package for Fannie Mae and Freddie Mac, saying “first things first when it comes to those two institutions. Congress needs to get them reformed, get them streamlined, get them focused, and then I will consider other options.” (President George W. Bush, Press Conference, the White House, 8/9/07)

September: Democrats in Congress forget their previous objections to GSE reforms, as Senator Dodd questions “why weren’t we doing more, why did we wait almost a year before there were any significant steps taken to try to deal with this problem? … I have a lot of questions about where was the administration over the last eight years.” (Dawn Kopecki, “Fannie Mae, Freddie ‘House Of Cards’ Prompts Takeover,” Bloomberg, 9/9/08)

Conservative-Republican ideals ~ [if] allowed to be implemented into law would have stopped this. And as Clinton clearly stated:

And as other video from committee meetings show, the first being Republicans bringing to light the issue:

As well as Democrats BLOCKING legislation that Republicans were trying to impose to stop the failure: