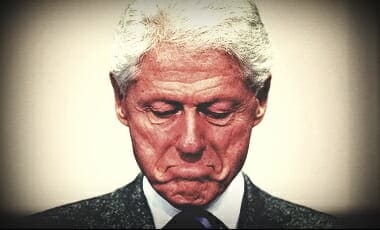 (BREITBART) NEW YORK – Speaking in a series of recorded phone conversations in 1991 with his alleged mistress Gennifer Flowers, Bill Clinton can be heard telling Flowers to deny that he aided her in obtaining a state job.

“If they ever asked if you’d talked to me about it, you can say no,” Clinton can be heard saying in the audio…. 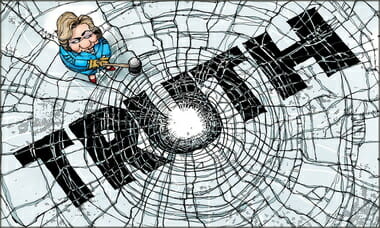 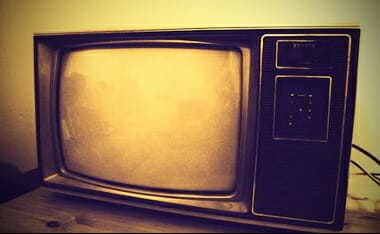 I remember all the hub-bub by the press (and bloggers) about Cronyism, Nepotism, and the like by the press about the Bush administration. But the press looking at the “plank” in their eye? Pisha!

Top Obama official’s brother is president of CBS News, may drop reporter over “aggressive” Benghazi coverage (thanks to Robert Spencer)

Sharyl Attkisson should know the basic rule of American journalism: do not investigate scandals perpetrated by Leftist presidents. Instead, cover them up. “Top Obama official’s brother is president of CBS News, may drop reporter over Benghazi coverage,” by Patrick Howley in the Daily Caller, May 11:

The brother of a top Obama administration official is also the president of CBS News, and the network may be days away from dropping one of its top investigative reporters for covering the administration’s scandals too aggressively.CBS News executives have reportedly expressed frustration with their own reporter, Sharyl Attkisson, who has steadily covered the Obama administration’s handling of the Benghazi terrorist attack in Libya since late last year.

“Network sources” told Politico Wednesday that CBS executives feel Attkisson’s Benghazi coverage is bordering on advocacy, and Attkisson “can’t get some of her stories on the air.”

Attkisson, who is in talks to leave the network before her contract expires, has been attempting to figure out who changed the Benghazi talking points for more than five months.

“We still don’t know who changed talking points but have had at least 4 diff explanations so far,” Attkisson tweeted on November 27, 2012.

But on Friday, ABC News reported that the Benghazi talking points went through 12 revisions before they were used on the public. The White House was intimately involved in that process, ABC reported, and the talking points were scrubbed free of their original references to a terror attack.