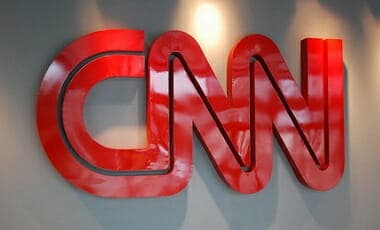 A CNN photo editor resigned from the network Thursday after his past, vicious tweets about Jews and Israel, including posts apparently celebrating the deaths of “Jewish pigs,” were unearthed.

Arthur Schwartz, a GOP operative, first resurfaced the posts from CNN photo editor Mohammed Elshamy. He did so by tagging CNN’s Andrew Kaczynski who, with Nathan McDermott, published an ARTICLE about their own unearthing of past statements by Trump Treasury pick and former Fox News personality Monica Crowley. 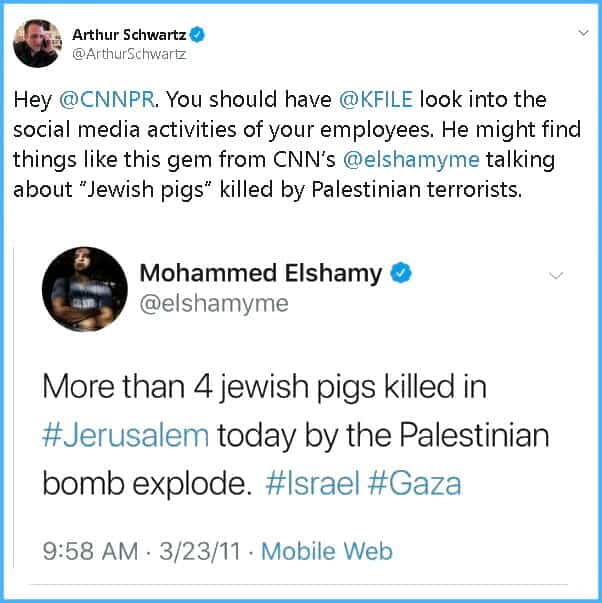 U.N. WATCH catches us up with another United Nations loony-toones story:

…Hillel Neuer, Executive Director of UN Watch, condemned the delegates’ abuse of the UN body as a forum to target Israel.

“The UN reached new heights of absurdity by singling out Israel alone on women’s rights, yet saying nothing on Iran holding women’s rights lawyer Nasrin Sotoudeh behind bars, Saudi Arabia jailing and torturing women’s rights activists, and subjugating women under harsh male guardianship laws, or on Yemen denying women hospital treatment without the permission of a male relative,” Neuer said.

“When you have Iran, Saudi Arabia and Yemen among the UN council members accusing Israel of violating women’s rights, you are in the theater of the absurd.”

NO: United States and Canada