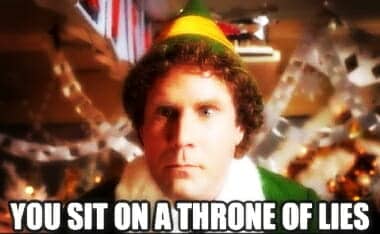 This old story reminds me of talking to millennial’s who listed to comedy shows as their source of political moral guidance on what is the case in our body politic. Here is the WASHINGTON TIMES noting the gullibility of these younger persons who really haven’t read much or watched much outside of what they had to for their bachelors in literature of psychology or business administration:

…Ben Rhodes, the man who majored in creative writing and then ended up the Deputy National Security Adviser for President Obama, told The New York Times about the “echo chamber” he was able to create and feed:

In the spring of last year, legions of arms-control experts began popping up at think tanks and on social media, and then became key sources for hundreds of often-clueless reporters. ‘We created an echo chamber,’ [Rhodes] admitted, when I asked him to explain the onslaught of freshly minted experts cheerleading for the deal. ‘They were saying things that validated what we had given them to say.’

“The average reporter we talk to is 27 years old, and their only reporting experience consists of being around political campaigns. … They literally know nothing,” Rhodes bragged.

And the know-nothing millennials loved him for it. And, apparently, they still do…. 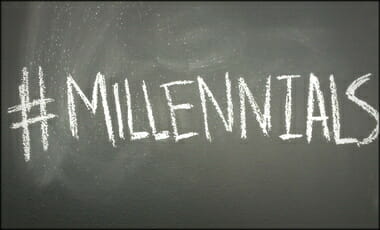 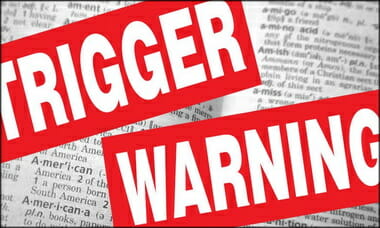 This comes via Libertarian Republican. Kurt Schlichter is an attorney living in California. He is a small businessman and a US Army Veteran of the Gulf War. From Townhall.com,

You Millenials voted for Obama by a margin of 28 percent, which will make it a lot easier for me to accept the benefits you will be paying for. We warned you that liberalism was a scam designed to take the fruits of your labor and transfer it to us, the older, established generation. Oh, and also to the couch-dwelling, Democrat-voting losers who live off of food stamps and order junk from QVC with their Obamaphones.

You didn’t listen to us. Maybe you’ll listen to pain. I have been told that being hard on you Millennials will turn you against conservatism, that I should offer you a positive, hopeful message that avoids the touchy problem of your manifest stupidity.

No. There’s no sugar-coating it – your votes for Democrats have ensured that you are the first generation in American history that will fail to exceed what their parents attained. Embracing liberalism was a stupid thing to do, done for the stupidest of reasons, and I will now let you subsidize my affluent lifestyle without a shred of guilt.

You bought into the line of crap that Obama was oh, so cool, and Republicans just meanie “Jesus Freaks” who hate dancing, and don’t know how to have a good time.

Why do you support an ideology that pillages you to pay-off Democrat constituencies? Your time in the indoctrination factories of academia trained you in a form of “critical thinking” that is neither.

Somehow, you came to embrace the bizarre notion that conservatives are psychotic Jesus freaks who want to Footloosisze America into a land of mandatory Sunday school and no dancing. But liberals, in contrast, are nice. Obama is cool. You chose petty fascism with a smile. Not a lot of thought went into it. Facts, evidence – these were mere distractions from the feelings-based validation that came from rejecting us wicked conservatives.

It gets worse, (or better from our perspective). The near final and killer paragraph:

You live with your parents, and Obamacare encourages sponging until you are 26 years old. At 26, I was leading Americans in a war, not begging mommy to pay my bills. The liberals want you to be eternal man-children, wearing cargo shorts and passively pumping money into their socialized medicine nightmare in return for “Brosurance” you don’t want or need.