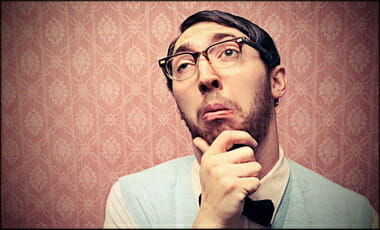 Dennis talks to Anna Montrose, a Canadian student who wrote an article in her college newspaper describing her sexual transformation from rigid heterosexual to bi-sexual. (Originally broadcast March 17, 2005)

Higher education teaches them a hate-filled Feminist dogma that heterosexuality is a “social construct,” males are violent predators, and sex with a man is rape. Millions of gullible girls are falling into a diabolical trap intended to make them pursue careers instead of families. As I have said, the purpose is to depopulate and destabilize society by destroying its fundamental building block, the family.

Miss Montrose says in her article:

✦ “It’s hard to go through four years of a Humanities B.A. reading Foucault and Butler and watching ‘The L Word’ and keep your rigid heterosexuality intact. I don’t know when it happened exactly, but it seems I no longer have the easy certainty of pinning my sexual desire to one gender and never the other.”

(BTW: Michel Foucault is a major French “post-modern” philosopher; Judith Butler is a prominent “gender theorist” at UC Berkeley; and “The L-Word” is a popular TV drama about “glamorous” lesbians.)