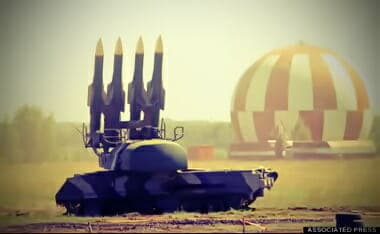 On Thursday, July 17, 2014, a Malaysia Airlines passenger jet carrying 298 people was shot down over eastern Ukraine — allegedly by pro-Russia separatists. Residents in the area described bodies falling from the sky and landing in their own backyards.

VICE News travels to the still-gruesome scene of the crash and speaks to residents who witnessed firsthand a tragedy that promises to dramatically alter the terms of the conflict. 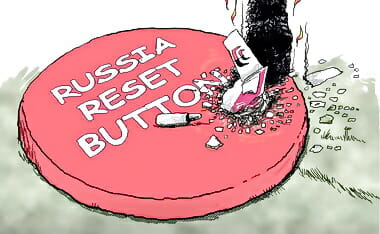 If you were President, would you not inform your State Department — at least! — to take this a bit more seriously??? What does a real President do during such an event? Lets see (Via HotAir):

What did our great and illustrious Obama do? Obama gives crash 40 seconds before telling jokes…

…At approximately 12:50 pm, the motorcade stopped at the Charcoal Pit, a popular, established restaurant just north of Wilmington, Del. Known for its burgers and sundaes. Obama shook hands and mingled with many of the diners, stopping at one point to pick up seven-month old Jaidyn Oates, and pose for a photo.

…He invoked Vice Presiident Biden’s name a few names, noting to some diners, “Me and Joe, we share shakes all the time,” and to others, “Biden told me the burgers are pretty good.”

….Just before hugging another young girl, whose mother lifted her across the booth to hug the president, Obama asked, “Do you give good hugs?”

….At 1:01 pm Obama declared, “I’m starving!” He sat down to eat with Tanei Benjamin, who wrote the president a year ago. The president ordered a 4-ounce “Pit special,” which is burger with fries. He asked for it to be done medium well, and to have lettuce and tomato. He also asked for a water with lemon.

Even the State Department was soo feckless that even Shep Smith got frustrated:

HotAir noted the last Tweet from the State Dept. to end this eventful day:

For years, tweets from @BarackObama have popped up in my Twitter feed so often so very detached from the actual events of the day as to feel like some kind of non sequitur performance art. This outdoes all of them.

This tweet is from the official State Department account, from Jen Psaki, at 9:26 p.m.*, hours after two huge international stories have broken. Now, the administration perhaps can’t be expected to react to the actual events at issue seriously. Too much to ask. But what they do sometimes react to seriously is a p.r. issue, and they’ve had many hours to realize everyone thinks they’re muffing this. Would it be so much to ask to keep it relatively sober tonight?

And yet. And yet.

The Blaze has some great follow up Tweets on the above:

By the time of publication on Friday morning, Psaki sent out one more tweet, but it was about John Kerry’s trip to Afghanistan last weekend.

The “HAMMER” weighs in as well: