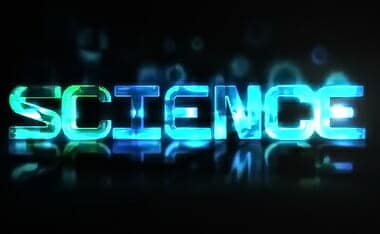 I updated my #4 in my cumulative case against SAME SEX MARRIAGE with the below. Find more at The New Atlantis sites:

A new giant study has been released showing a few things in the transsexual and homosexual arena that I have said for a very long time, and while the bullet pointed summary can be under a few different headings… I will place it here. These are the main points from the larger study “co-authored by two of the nation’s leading scholars on mental health and sexuality, the 143-page report discusses over 200 peer-reviewed studies in the biological, psychological, and social sciences, painstakingly documenting what scientific research shows and does not show about sexuality and gender” ~ THE STREAM (via Dr. Brown):

The thought police aren’t going to like this. A major report has come out on sexuality and gender, in which two highly accomplished scientists lay waste to the leftist dogma underlying the current homosexual/transsexual cultural Marxist blitzkrieg. A few highlights from the Executive Summary:

● The understanding of sexual orientation as an innate, biologically fixed property of human beings — the idea that people are “born that way” — is not supported by scientific evidence.
● Longitudinal studies of adolescents suggest that sexual orientation may be quite fluid over the life course for some people, with one study estimating that as many as 80% of male adolescents who report same-sex attractions no longer do so as adults.
● Compared to heterosexuals, non-heterosexuals are about two to three times as likely to have experienced childhood sexual abuse.
● Compared to the general population, non-heterosexual subpopulations are at an elevated risk for a variety of adverse health and mental health outcomes.
● Members of the transgender population are also at higher risk of a variety of mental health problems compared to members of the non-transgender population.
● The hypothesis that gender identity is an innate, fixed property of human beings that is independent of biological sex — that a person might be “a man trapped in a woman’s body” or “a woman trapped in a man’s body” — is not supported by scientific evidence.
● Compared to the general population, adults who have undergone sex-reassignment surgery continue to have a higher risk of experiencing poor mental health outcomes.
● Only a minority of children who experience cross-gender identification will continue to do so into adolescence or adulthood.

Kudos to the authors Lawrence S. Mayer and Paul R. McHugh, for sticking to their scientific guns in a hyperpoliticized field. They know a price will be exacted.