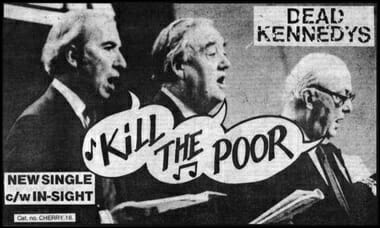 This woman is really confused… to say the least. Since pro-life positions affect mainly minority women (since they get the most abortions), how does wanting MORE black babies equal racism. She also seems to pigeonhole the issue as a religious one. As I have noted MANY times before, there are many well-known atheists who are pro-life. Likewise, there is a group of feminist pro-lifers called: FEMINISTS FOR LIFE

More on feminists who are pro-life:

“They [the women] are never allowed to look at the ultrasound because we knew that if they so much as heard the heart beat, they wouldn’t \want to have an abortion.” – Abortion doctor quoted in New Dimensions magazine, 1990

Invariably, the feminist position on abortion is portrayed as the “pro-woman” position—mostly because feminist leaders have convinced their followers that this procedure is essential to women’s liberty. As Gloria Feldt, former president of Planned Parenthood, said, “‘abortion’ became a symbol of our independence, because reproductive freedom is fundamental to a woman’s aspirations.”

This is also known as the “pro-choice” position. But how do feminists feel about women who don’t choose abortion—and, more importantly, the women who assist them in making that choice?

At Temple University in Philadelphia, Serrin Foster, president of Feminists for Life of America, faced a tough crowd. As Crisis magazine described the scene, “The 40 or so students gathered to hear Foster are mostly women. Not even the pro-lifers are smiling. The student who introduced her asked those with differing opinions to be respectful. It set an ominous tone. Would they start chanting soon? Blowing whistles? Would they get violent?”

But then, somehow, Foster performed a miracle. She threw the cover off “the dirty little secret of women’s studies departments” — America’s earliest feminists were anti-abortion. In the words of coura­geous suffragette Susan B. Anthony, abortion was “child murder,” and “no matter what the motive, love of ease, or a desire to save from suffering the unborn innocent the woman is awfully guilty who commits the deed. It will burden her conscience in life, it will burden her soul in death; but oh, thrice guilty is he who drove her to the desperation which impelled her to the crime!”

Foster then asked the crowd, “If women were fighting for the right not to be considered property, what gives them the right to consider their baby property?”

It was something to think about. From that moment on, even students who had showed up to protest couldn’t help but nod in agreement.

That night, Foster raised a point that feminists dare not discuss: before the women’s movement was hijacked by leftists in the 1960s, abortion was never viewed as a good thing for women. In fact, the prac­tice was unthinkable to individuals like Elizabeth Cady Stanton, the mastermind behind the historic Seneca Falls Convention and mother of seven chil­dren. (If Stanton applied for a teaching position in a women’s studies department today, she would be labeled a “Jesus freak” and promptly dismissed.)

“When we consider that women are treated as property, it is degrading to women that we should treat our children as property to be disposed of as we see fit,” Stanton wrote to her friend Julia Ward Howe in 1873.

She wasn’t the only one.

Victoria Woodhull, the first female stockbroker on Wall Street, also became the first woman to run for President in 1870. An early suffragette with a flair for the outrageous, Woodhull epitomized the modern feminist slogan “well-behaved women rarely make history.” (She was repeatedly arrested for her polit­ical activities.) And she too hated abortion.

“A human life is a human life and equally to be held sacred whether it be a day or a century old,” Woodhull wrote. “Wives…to prevent becoming mothers…deliberately murder [children] while yet in their wombs. Can there be a more demoralized condition than this? “

Alice Paul, who authored the original Equal Rights Amendment, was willing to face arrests, harassment, and physical assaults in-order-to win the right to vote. Later, when 1960s feminists began advocating the repeal of abortion laws, Paul asked, “How can one protect and help women by killing them as babies?” She considered abortion “the ulti­mate exploitation of women.”

Who are the modern descendents of Anthony, Stanton, Woodhull, and Paul? They can be found at Feminists for Life of America, whose founder, Pat Goltz, was kicked out of NOW for her anti-abortion views. On its website, FFL issues a challenge: “If you believe in the strength of women and the poten­tial for every human life…If you refuse to choose between women and children…If you reject violence and exploitation, join us in challenging the status quo. There is a better way.”

FFL reaches out to women facing crisis pregnan­cies and opposes any legislation that might make it harder for them to keep their children—much of which has been proposed by Republicans, proving that FFL hardly deserves the “right- wing” label assigned to it by pro-abortion feminists. In 1996, FFL attempted to dissuade President Clinton from signing a Republican-backed welfare reform bill that elimi­nated additional assistance for babies born to girls under 18. Their rationale? If a pregnant girl couldn’t afford to raise her child, she would have no choice but to abort.

FFL also pressures universities to provide special resources for pregnant and parenting students, a move opposed by many conservatives on the principle that pregnant women aren’t entitled to handouts. But FFL refuses to compromise its mission: to make moth­erhood a viable option for women facing unwanted pregnancies.

FFL is not actively involved in efforts to outlaw abortion. Instead, the group is interested in “system­atically eliminating the root causes that drive women to abortion — primarily lack of practical resources and support — through holistic, woman-centered solutions.”

This is a truly “pro-choice” position—the one that groups like NOW and NARAL claim to uphold. But evidently a lot of feminists do not believe that women deserve better than abortion.

“Who are the Feminists for Life? In a word, dangerous,” began an article in the online magazine Nerve.

“Feminists for what?” the author gasped. “Not a typo: Feminists for Life. As in, against abortion.” The horror!

As the article explained, the women of FFL “aren’t really feminists—a feminist could not force another woman to bear a child.”

Feminist hysteria over FFL indicates that the only “choice” they deem acceptable is the decision to terminate a pregnancy. The way FFL was treated by the Lilith Fair, a feminist music festival organized by singer Sarah McLachlan in the late 90’s, proved that different views on abortion will not be tolerated.

“Women are everywhere. Walking in groups, laughing and talking. Sitting on the grass. Playing the guitar. Reading pamphlets on women’s issues picked up from booths in the Village area,” a reporter described Lilith Fair’s stop in my hometown of Cleveland, Ohio. “There is also a woman with a gag in her mouth standing in front of one of the booths, wearing a T-shirt reading, ‘Peace begins in the womb, Sarah.'”

That woman was Marilyn Kopp, the director of Ohio Feminists for Life. Lilith Fair, despite its stated mission of “raising consciousness of women’s issues,” denied booth space to any group that did not wholeheartedly support abortion as the ultimate cata­lyst of gender equality.

Naturally, Lilith Fair’s feminist organizers were outraged that FFL had the gall to show up at their concert.

“This isn’t a democracy. This is a tyranny,” fumed singer Sheryl Crow, justifying Lilith’s ban on pro-life groups.

However, some ordinary concertgoers were unimpressed with the notion of tyranny in the name of women’s advancement.

“As Kopp’s friend Denise Mackura stands gagged in front of the NOW booth, a group of teenage girls walk up to her. When they find out what’s going on, they’re shocked,” reporter Laura Demarco wrote. “They see the situation as a violation of civil rights, not a defense of women’s rights. ‘This is wrong,’ says Casey Patton, 17.”

The sight of FFL members standing in front of NOW’s booth with gags in their mouths spoke volumes about the authoritarian nature of the modern feminist movement. As DeMarco observed, “It’s hard to miss the hypocrisy of feminists censoring other women like this… they patronizingly assume women aren’t smart enough to hear all sides on an issue and decide for themselves.”

The prospect of women deciding for themselves is terribly threatening to the feminist establishment—which might also explain their fanatical opposition to Crisis Pregnancy Centers. 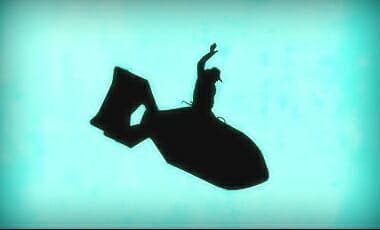 While some other YouTube channels have this audio of John Bolton laughing at Kirsten Gillibrand’s “tactile” comments already — what I do is add the video as well as Chuck Todd’s commentary on it via a later show. 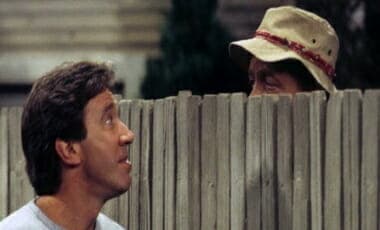