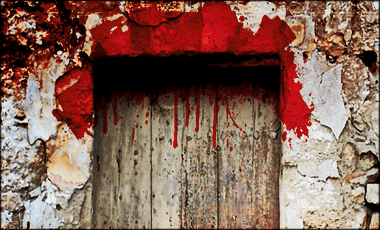 The Bible seems to be bloodier than an R-rated horror movie. Why is there such an emphasis on blood? Michael Brown explores the Bible and bloodshed with New Yorkers and tourists in and around Washington Square Park.

What do people following the primary religions of the world do to receive a clean slate with God following wrongful behavior? Find out when Dr. Michael Brown takes to the streets and even the river to obtain an answer.

Dr. Michael Brown discusses the question “was Jesus a false prophet” in this episode of Think it Thru. 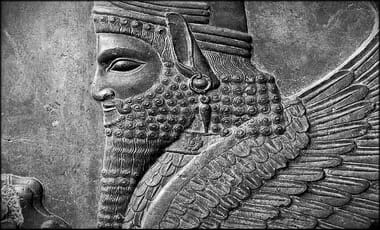 Some posit that Jewish thinking on Satan is borrowed from Zoroasterian thought, however, Satan makes an appearance in the book Job. Job is a very early book… pre-dating Zoroaster’s life easily. Satan, as described there, is nothing like the evil god Ahriman, who is a dualistic equal to Ohrmazd the good god, rather than a subordinate.

There is a waay more in-depth dealing with this topic of a supposed Zoroastrian influence in Dr. Corduan’s PDF here:

Another excellent resource that responds to specific scholars on the issue is professor Edwin M. Yamauchi’s, PERSIA AND THE BIBLE, esp. chapter twelve. Here is an excerpt from Dr. Corduan’s excellent book:

Scholars commonly observe that the real significance of Zoroastrianism lies in the influence it has exerted on the development of other world religions, specifically Judaism, Christianity and Islam. For example, it has been suggested that Jews picked up the concepts of Satan, angels, demons and the apocalypse (resurrection and judgment at the end of the world) during their exile in Babylonia and immediately thereafter. Notions of Zoroastrian influence were particularly popular during the early twentieth century. Even though scholarly support for them has eroded, they continue to be propagated on the popular level and in introductory textbooks.

There is nothing intrinsically pernicious about the idea that one religion may have influenced another one. A case in point lies in the origin of Islam in the life of Muhammad. We know that Muhammad came into contact with established versions of Judaism, Christianity and Zoroastrianism. We know what those adherents believed for the most part, and we can show exactly how some of those beliefs showed up (and how they were modified) in the Qur’an. Thus it makes sense to think in terms of the influence that these three religions exerted on Muhammad. I have argued that we must leave plenty of room both for Muhammad’s own creativity and for the vestige of original monotheism present in Arabian culture at his time. The idea does become objectionable when the identification of a supposed influence is used to eliminate all originality (or even truth—the “genetic fallacy”) from a religious belief simply by showing that it was derived from some other source.

We can use the example of influences on Muhammad to establish criteria by which we can judge whether Zoroastrianism could have influenced Judaism. In order to conclude reasonably that such an influence occurred, the following points have to be true:

As it turns out, not one of these criteria supports the notion of Zoroastrian influence.

1. Zoroastrianism had a particularly tough time getting established in Per­sia. Even the kings we know as Zoroastrians wor­shiped Ahura Mazda along with other gods. All these kings ruled at a time later than the period of the exile. Cyrus, who sent the Jews back to their own land, was not Zoroastrian. If Zoroas­trianism had influenced Is­rael at this time, then the Jews must have been more open to the message of Zoroaster than the Persians themselves were.

2. The kind of intimate contact necessary for assimilation of foreign beliefs cannot be demonstrated for the Jews in the mainstream of biblical Judaism. As stated above, Persia did not become Zoroastrian until after the exile. So the influences (if any) must have come much more indirectly. An interesting sidelight to this discussion is that the ten northern tribes were indeed transported by the Assyrians to the region roughly identical with Media, the sphere of Zoroaster’s activity. But the northern tribes had no concrete influence on the development of Judaism (in fact, they basically vanished). It would be far more likely that their presence in Media might have influenced subsequent thought there, but we have no evidence for that hypothesis either.

3. By and large, the supposed resemblances between Zoroastrianism and Judaism are superficial at best. Beyond the idea that Jewish biblical writings show evidence of Satan, angels and apocalypse, there is very little similarity in the details. It must be kept in mind here that (1) we know very little about the Zoroastrianism of the Achaemenid dynasty; (2) much of what we do know comes from sources considerably later than biblical writings; (3) what we do know reflects the garbled, magic-obsessed, syncretistic religion of the magi—hardly the Zoroastrianism necessary for the Jews to use as source for the biblical version. The Talmud (itself a very late source—A.D. 400) states that the Jews brought the names of angels back with them from Babylon; we can also allow for the idea that they may have been stimulated in their thinking about God, Satan, angels, demons and so on (in fact, common sense tells us that they must have done so). Nevertheless, such broad strokes are a far cry from proving that the Jews directly borrowed the actual concepts from Zoroastrianism. The Old Testament depicts Satan as a very inferior being, not as a dualistic opponent of God. We find only the sketchiest references to angels. They are definitely not objects of worship, and it is apparent that the apocalypses of the two cultures differ in all details other than that there is a resurrection and a judgment.

4. Finally, beyond resemblances, there are no particular data to support the assertion that Zoroastrianism influenced Judaism rather than the other way around. The very idea of foreign influences on Judaism has its basis in a dogmatic commitment by Western biblical scholars of the early twentieth century to explain Judaism in terms of the supposed evolution of religion (see chapter one). Thus all claims to an original revealed monotheism needed to be rethought in terms of either evolutionary develop­ment or foreign influences such as Zoroastrianism. Wherever such scholars find an apparent resemblance to another religion or culture, they immediately infer that the other religion was the source that influenced Judaism. This tendency also shows up in the ascription of Zoroastrian influence, though the data really do not support the arrows going in that direction (just as it would be difficult to make them point the other way). It becomes apparent that in tracing the supposed influence the question is frequently begged in favor of Zoroastrian influence on biblical writings. A quote by James H. Moulton is telling for this whole enterprise:

It is perhaps as well to remember that these theories do not come from Iranian experts, but from scholars whose fame was achieved in other fields. Were we to count only the Iranists, we should even doubt whether the Parsi did not borrow from the Jew, for that was the view of [the Iranian scholar] Darmesteter!

In sum, the story of Zoroastrian influence on other religions has been greatly exagger­ated. The resemblances are more superficial than real, and even where they are close, there is no good reason to infer direct influencing or borrowing. The real significance of Zoroastrianism does not lie in its influence on other religions but on what we learn about this religion in its own domain, as well as what we learn about the experience of monotheistic religions by its example.