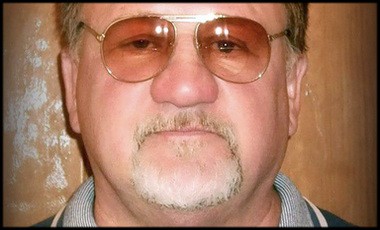 It took them long enough, but they finally admitted it after Christopher Wray (FBI head) laughably said it was a death by cop scenario — rather than an ideological Leftist shooting political adversaries Here is THE WASHINGTON EXAMINER

The FBI quietly admitted Friday that the 2017 Alexandria, Virginia, baseball field shooting that nearly killed Rep. Steve Scalise has been classified as “domestic terrorism” carried out by a “domestic violent extremist” targeting Republicans after the bureau previously classified it as “suicide by cop.”

The revelation appears in the middle of an appendix on page 35 of a 40-page FBI-DHS report released on Friday titled “Security Strategic Intelligence Assessment and Data on Domestic Terrorism.” In a section describing approximately 85 different “FBI-Designated Significant Domestic Terrorism Incidents in the United States from 2015 through 2019,” the Alexandria baseball field shooting appears, with the FBI categorizing the perpetrator as a “Domestic Violent Extremist” and describing the incident thusly: “An individual with a personalized violent ideology targeted and shot Republican members of Congress at a baseball field and wounded five people. The subject died as a result of engagement with law enforcement.”

In June 2017, James Hodgkinson, a man from Illinois who was living out of a van in Alexandria, opened fire at Eugene Simpson Stadium Park after asking GOP Rep. Jeff Duncan, who was leaving practice early, if the players were Republicans or Democrats. Hodgkinson struck Scalise in the hip, hit lobbyist Matt Mika in the chest, and injured two U.S. Capitol Police officers, Crystal Griner and David Bailey. Scalise nearly bled to death and required multiple surgeries before returning to Congress.

Hodgkinson, an avid liberal and supporter of Democratic presidential primary candidate and Vermont Sen. Bernie Sanders, was killed by law enforcement. He had posted on Facebook that “Trump is a Traitor. Trump Has Destroyed Our Democracy. It’s Time to Destroy Trump & Co.” and joined other groups such as “Terminate The Republican Party” and “Join The Resistance Worldwide!!”…..

THE BLAZE notes a portion of the declassified FBI report:

… of the recent revelation by Director Wray that got common sense people saying WTF!? BYRON YORK (May 3rd)

….“On Nov. 16, 2017, the FBI briefed those of us who were at the field that day,” Wenstrup said at a House Intelligence Committee hearing featuring FBI Director Christopher Wray. “Much to our shock that day, the FBI concluded that this was a case of the attacker seeking suicide by cop.”

“We were just astonished,” Wenstrup told me in a recent conversation. “We just went, ‘What?’ I said, ‘There’s no way. If you want to commit suicide by cop, you just pull a gun on a cop.’”

Hodgkinson had obviously done much, much more than that. and the suicide by cop theory made even less sense in light of the fact that the Capitol Police who were at the baseball field that day — the security detail for Scalise, a member of the House leadership — were sitting in an unmarked vehicle, wearing plain clothes. Hodkinson would not have known they were police.

Wenstrup also noted that the FBI had not interviewed the members — the victims — in this case. They never interviewed Duncan, who had actually spoken to the shooter. “I asked (the FBI), ‘Who did you talk to?’” Wenstrup recalled. “They took my number, called me the next day. I called them back, and never heard from them again.”

At the hearing, Wenstrup noted that, “Both the Department of Homeland Security and the Office of the Director of National Intelligence published products labeling this attack as a domestic violent extremism event specifically targeting Republican members of Congress. The FBI did not. The FBI still has not.”

Now, in light of the Jan. 6 Capitol riot, which is widely referred to as domestic terrorism, Wenstrup wonders what the FBI was doing. The attack “could have been a massacre,” Wenstrup noted. “The attacker may have believed he could change the balance of power in the U.S. House of Representatives in one morning.”

The unanswered question in all this is why the FBI, at the time under the leadership of acting Director Andrew McCabe, did what it did. Even at that time, the bureau was warning Americans of the danger posed by domestic terrorists. and yet the FBI refused to publicly recognize a clear act of domestic terrorism. Was some sort of Trump-era bias involved? Was it bureaucratic infighting? Something else? It’s time the victims in the case — and also the country as a whole — got some answers.