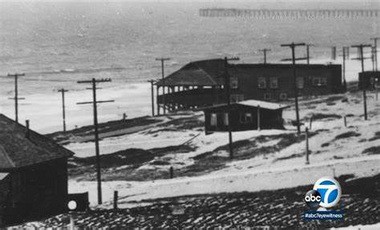 Larry Elder updates an earlier story about the Manhattan Beach Mayor possibly giving back land acquired through eminent domain from a black family 97 years ago. Here is a story on the matter:

Here is the “Letter to the Editor” Larry reads from:​

There is so much “fiction” fanning the flames of the Bruce’s Beach legend and emotions. Last week’s letter to the editor stated the Bruces were 1) “driven out,” 2) “under-compensated,” and 3) “restricted from buying elsewhere in MB.” The facts found by MB’s multi-ethnicity commission on Bruce’s Beach are:

1) the NAACP lawyer representing the Bruce family stated the Bruce’s were “willing to sell the property …for a fair price at any time;”

2) the LA Times documented how the families were “over-compensated,” not under-compensated. Further, MB residents were up in arms against the MB Board of Trustees for giving excessive payments to the families;

Maybe for effect, the writer of the letter concluded, “the park is a monument to racial hatred … because white supremacists won.” Wow! I concluded, from reading/researching subject, that prejudice played a key role in the eminent domain action and can/should be realized. However, this park should not be a monument for that. Remember, many White families owned 25 of the 30 parcels in the eminent domain action and were impacted. Lastly, the location now is a park and two blocks away from the beach. So, it is NOT a Beach and should not be named “… Beach.” It should have a “park” name. Maybe “Reflection Park.” That could suggest giving serious thought to our lives, other people and more.