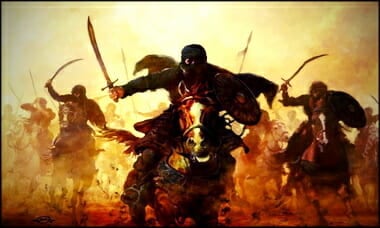 See a great investigative article over at PJ-MEDIA, a must read as well as the following clip from FRONT-PAGE MAGAZINE:

For several days the media has been shrieking, wailing, crying and beating its breast over the possible tragic fate of Jamal Khashoggi.

Every utterance made by the Turkish Islamist regime is treated as fact by the media. Trump is being barraged with “how could you” lectures by the same media that is happy to ignore the tens of thousands of political prisoners in Turkish jails.

Why is the media so in love with Jamal Khashoggi?

The fate of Khashoggi has at least provoked global outrage, but it’s for all the wrong reasons. We are told he was a liberal, Saudi progressive voice fighting for freedom and democracy, and a martyr who paid the ultimate price for telling the truth to power.

In truth, Khashoggi never had much time for western-style pluralistic democracy. In the 1970s he joined the Muslim Brotherhood, which exists to rid the Islamic world of western influence. He was a political Islamist until the end, recently praising the Muslim Brotherhood in the Washington Post. He championed the ‘moderate’ Islamist opposition in Syria, whose crimes against humanity are a matter of record. Khashoggi frequently sugarcoated his Islamist beliefs with constant references to freedom and democracy. But he never hid that he was in favour of a Muslim Brotherhood arc throughout the Middle East. His recurring plea to bin Salman in his columns was to embrace not western-style democracy, but the rise of political Islam which the Arab Spring had inadvertently given rise to. For Khashoggi, secularism was the enemy.

The Washington Post was happy to provide a forum for a member of a terror network that is responsible for murdering countless Christians and Jews….