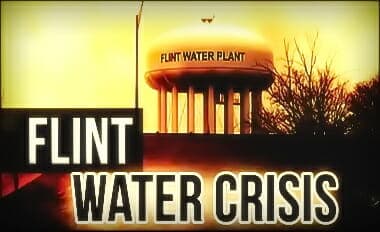 While media types blame Governor Snyder directly (for instance Rachel Madcow’s MSNBC title — “Flint toxic water tragedy points directly to Michigan Gov. Snyder”) for the water issue, but the New York Times says it old lead pipes. An issue that is duplicated in old cities. Twitchy has an interesting story about the water in Flint Michigan. Firstly though, the reason we hear about this and not the other water “issues” is because the Michigan governor is a Republican. We never hear nearly as much about the Aliso Canyon gas leak (in California). Here is the first graphic I grabbed from Twitchy, via VOX: 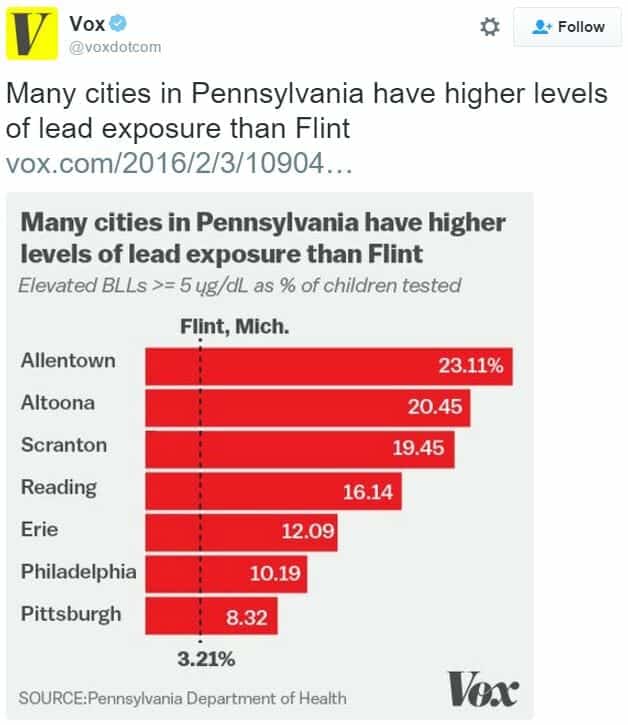 The second story is also from the same Twitchy story but from Mother Jones… and the reason I am posting links to VOX and Mother Jones is because they are both left leaning (very left leaning) orgs: 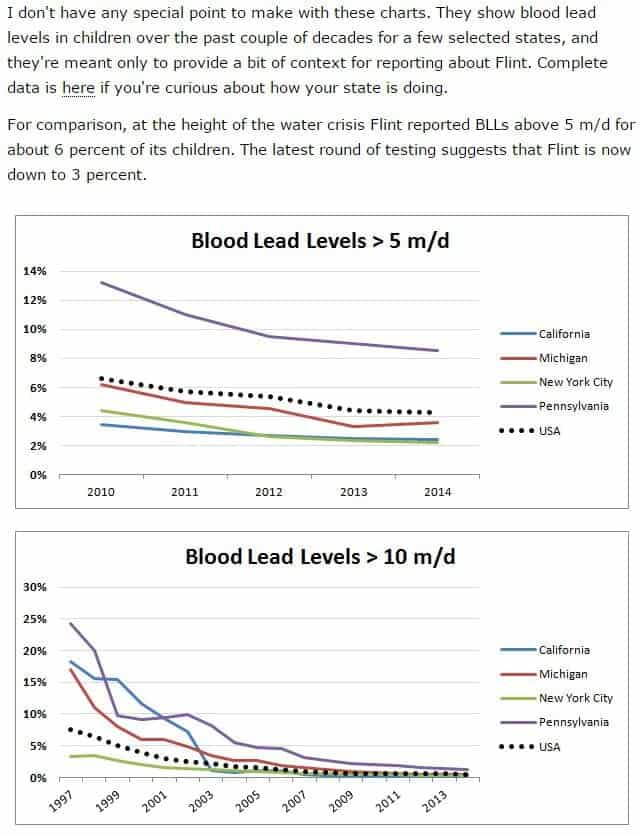 Perspective is always needed in the malaise of media… and this time I wish to thank Twitchy in bringing truth to us by way of Mother Jones and VOX!