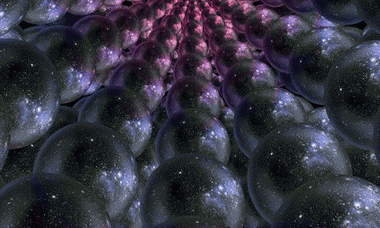 (Originally posted in 2016 — UPDATED) What’s a greater leap of faith: God or the Multiverse? What’s the multiverse? Brian Keating, Professor of Physics at the University of California, San Diego, explains in this video.

Here are a couple of great articles to read on the “Multiverse” and the war on science, ala cultural atheism — I love Denyse O’Leary’s title of the first article excerpted:

THE MULTIVERSE: WHERE EVERYTHING TURNS OUT TO BE TRUE, EXCEPT PHILOSOPHY AND RELIGION

Perhaps we shouldn’t be surprised by the multiverse’s ready acceptance. David Berlinski observes, “The idea that everything is really true somewhere has been current in every college classroom for at least fifty years.”

But as orthodoxy? New Scientist told us in 2009:

Until recently, many were reluctant to accept this idea of the “multiverse”, or were even belligerent towards it. However, recent progress in both cosmology and string theory is bringing about a major shift in thinking. Gone is the grudging acceptance or outright loathing of the multiverse. Instead, physicists are starting to look at ways of working with it, and maybe even trying to prove its existence.

Maybe even trying to prove its existence? Yes because, remember, evidence is now superfluous. Methodological naturalism produced the Copernican Principle, which is an axiom. It axiomatically accounts for our universe’s apparent fine tuning by postulating — without the need for evidence — an infinity of flops. And cosmologists’ acceptance makes the multiverse orthodoxy.

…Ian Sample, science writer for Britain’s Guardian, asked Hawking in 2011, “What is the value in knowing ‘Why are we here?'” Hawking replied:

The universe is governed by science. But science tells us that we can’t solve the equations, directly in the abstract. We need to use the effective theory of Darwinian natural selection of those Societies most likely to survive. We assign them a higher value.

Sample had no idea what Hawking meant. But we can discern this much: Philosophy and religion may not matter, but Darwin does.

How far has the multiverse penetrated our culture? Tegmark observes, “Parallel universes are now all the rage, cropping up in books, movies and even jokes.” Indeed, multiverse models can hardly be invented fast enough, with or without science. Cosmologist Andrei Linde has commented that a scenario that is “very popular among journalists” has remained rather unpopular among scientists. In short, popular science culture needs that scenario.

Multiverse cosmologists look out on a bright future, freed from the demands of evidence. Leonard Susskind writes, “I would bet that at the turn of the 22nd century philosophers and physicists will look nostalgically at the present and recall a golden age in which the narrow provincial 20th century concept of the universe gave way to a bigger better [multiverse] … of mind-boggling proportions.” Physicists Alejandro Jenkins and Gilad Perez say their computer program shows that “universes with different physical laws might still be habitable.” And reviewing theoretical physicist Lawrence Krauss’s Universe From Nothing (2012), science writer Michael Brooks notes that the multiverse puts laws of physics “beyond science — for now, at least.” Before methodological naturalism really sank in, undemonstrable universes, not the laws of physics, were beyond science….

THE WAR ON FALSIFIABILITY IN SCIENCE CONTINUES

War on science? Well, we hear about it more often than we see it. People—particularly naturalist atheists involved with progressive causes, who are flogging up some unverifiable thesis—are prone to claiming that their opponents are creationists (whether they are or not, in any meaningful sense), or else some other type of warriors against science.

There is, as it happens, an assault on the science concept of falsifiability as explained at PBS:

Meanwhile, cosmologists have found themselves at a similar impasse. We live in a universe that is, by some estimations, too good to be true. The fundamental constants of nature and the cosmological constant, which drives the accelerating expansion of the universe, seem “fine-tuned” to allow galaxies and stars to form. As Anil Ananthaswamy wrote elsewhere on this blog, “Tweak the charge on an electron, for instance, or change the strength of the gravitational force or the strong nuclear force just a smidgen, and the universe would look very different, and likely be lifeless.”

Why do these numbers, which are essential features of the universe and cannot be derived from more fundamental quantities, appear to conspire for our comfort?

In fact, you can reason your way to the “multiverse” in at least four different ways, according to MIT physicist Max Tegmark’s accounting. The tricky part is testing the idea. You can’t send or receive messages from neighboring universes, and most formulations of multiverse theory don’t make any testable predictions. Yet the theory provides a neat solution to the fine-tuning problem. Must we throw it out because it fails the falsifiability test?

“It would be completely non-scientific to ignore that possibility just because it doesn’t conform with some preexisting philosophical prejudices,” says Sean Carroll, a physicist at Caltech, who called for the “retirement” of the falsifiability principle in a controversial essay for Edge last year. Falsifiability is “just a simple motto that non-philosophically-trained scientists have latched onto,” argues Carroll. He also bristles at the notion that this viewpoint can be summed up as “elegance will suffice,” as Ellis put it in a stinging Nature comment written with cosmologist Joe Silk.

“I think falsifiability is not a perfect criterion, but it’s much less pernicious than what’s being served up by the ‘post-empirical’ faction,” says Frank Wilczek, a physicist at MIT. “Falsifiability is too impatient, in some sense,” putting immediate demands on theories that are not yet mature enough to meet them. “It’s an important discipline, but if it is applied too rigorously and too early, it can be stifling.”

BLUEPRINT FOR SCIENCE WITHOUT EVIDENCE

Sarah Scoles at the Smithsonian Magazine on the multiverse:

Detailing the objections of those who want evidence, she then explains,

Other scientists say that the definitions of “evidence” and “proof” need an upgrade. Richard Dawid of the Munich Center for Mathematical Philosophy believes scientists could support their hypotheses, like the multiverse—without actually finding physical support. He laid out his ideas in a book called String Theory and the Scientific Method. Inside is a kind of rubric, called “Non-Empirical Theory Assessment,” that is like a science-fair judging sheet for professional physicists. If a theory fulfills three criteria, it is probably true.

First, if scientists have tried, and failed, to come up with an alternative theory that explains a phenomenon well, that counts as evidence in favor of the original theory. Second, if a theory keeps seeming like a better idea the more you study it, that’s another plus-one. And if a line of thought produced a theory that evidence later supported, chances are it will again.

Radin Dardashti, also of the Munich Center for Mathematical Philosophy, thinks Dawid is straddling the right track. “The most basic idea undergirding all of this is that if we have a theory that seems like it works, and we have come up with nothing that works better, chances are our idea is right,” he says.

But, historically, that undergirding has often collapsed, and scientists haven’t been able to see the obvious alternatives to dogmatic ideas. For example, the Sun, in its rising and setting, seems to go around Earth. People, therefore, long thought that our star orbited the Earth. More.

With so many people rethinking evolution, the Darwinians could use a theory that doesn’t require physical support too.