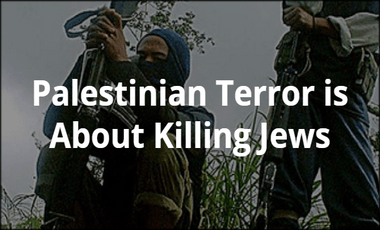 (Caroline’s Book: The Israeli Solution: A One-State Plan for Peace in the Middle East)

There is a conversation going on elsewhere on the “InterWeb,” that is giving me an opportunity to import some information from a previous post on my old blog in mid-2009 regarding Arab/Muslim terror. Here is the statement I wish to address with history:

i. “Ancient History” (really, the newest world religion on the scene);

ii. or to Modern History.

This statement just is not true. I will mention some past history first, then dive into more modern Zionism.

…OKAY… FIRSTLY… out of the worlds “World Religions” Islam holds the distinction of being founded by a terrorist. Muhammad personally dug graves for men, women, and children he likewise assisted in slitting the throats of and “marrying” off (sex-slaves) female children to his men. Remember, Muhammad married a 6-year old and consummated that marriage when she was nine-years old.

He instructed his followers to lie, to kill satirical poets (today known as stand up comedians) for speaking negatively of him. Orders to steal and thieve, rape and pillage, were the norm — as well as making treaties with the knowledge that they would be broken when Muhammad’s forces were stronger. You can see a a handout I made for a adult Sunday School class (linked in pic to right).

There is also this history relating to terror in the caliphates from Robert Spencer and Bill Warner. First Robert, then the video by Bill:

The Third Crusade (1188-1192). This crusade was proclaimed by Pope Gregory VIII in the wake of Saladin’s capture of Jerusalem and destruction of the Crusader forces of Hattin in 1187. This venture failed to retake Jerusalem, but it did strengthen Outremer, the crusader state that stretched along the coast of the Levant.

The almost Political Correct myth is that the crusades were an unprovoked attack by Europe against the Islamic world are dealt with in part:

Brutal subordinations and violence became the rules of the day for Christians in the Holy Land. In 772, the caliph al-Mansur ordered the hands of Christians and Jews in Jerusalem to be stamped with a distinctive symbol. Conversions to Christianity were dealt with particularly harshly. In 789, Muslims beheaded a monk who had converted from Islam and plundered the Bethlehem monastery of Saint Theodosius, killing many more monks. Other monasteries in the region suffered the same fate. Early in the ninth century, the persecutions grew so severe that large numbers of Christians fled to Constantinople and other Christians cities. More persecutions in 923 saw additional churches destroyed, and in 937, Muslims went on a Palm Sunday rampage in Jerusalem, plundering and destroying the Church of Calvary and the Church of the Resurrection.

More on this can be found in at my The Crusades vs. The Three Caliphates (Moral Equivalence)

Before continuing however, here are some recomended books from my book shelf… click to enlarge:

Besides the myth that the “Palestinians” are being displaced (see many presentations of the myths surrounding modern-day Israel HERE), the myth that “Zionism” perpetrated terror prior to “Hamas” or the Arab-Muslims is simply a false narrative. For instance… here are terror attacks by Muslims BEFORE the first Irgun (Jewish extremist) attack ~ again, click to enlarge:

Nor are these attacks warranted on the typical Leftist drivel… and this is only a decade of examples:

So, the contention that Jewish extremism or foreign policy or removing a non-existent people from one-place to another just does not comport with the historical evidence. Not only that, but similar “evictions” of the “Palestinians“‡ do not garner U.N. attention nor the attention of the media, as is explained here:

Much has been made of the Palestinian exodus of 1948. Yet during their decades of dispersal, the Palestinians have experienced no less traumatic ordeals at the hands of their Arab brothers. As early as the mid-1950s, Iraq, Saudi Arabia, and Libya expelled striking Palestinian workers. In 1970, Jordan expelled some 20,000 Palestinians and demolished their camps; in 1994-95, Libya expelled tens of thousands of long-term Palestinian residents in response to the Oslo process; and after the 2003 Iraq war, some 21,000 Palestinians fled the country in response to a systematic terror and persecution campaign. As recently as 2007, Beirut effectively displaced 31,400 Palestinian refugees when the Lebanese army destroyed the Nahr el Bared refugee camp during fighting between the militant Fatal al-Islam group and the Lebanese army.

But the largest forced displacement of Palestinians from an Arab state took place in 1991 when Kuwait expelled most of its Palestinian residents in retaliation for the Palestine Liberation Organization’s (PLO) endorsement of Iraq’s brutal occupation of the emirate (August 1990-February 1991). It mattered little that this population, most of which had resided in Kuwait for decades, was not supportive of the PLO’s reckless move: From March to September 1991, about 200,000 Palestinians were expelled from the emirate in a systematic campaign of terror, violence, and economic pressure while another 200,000 who fled during the Iraqi occupation were denied return. By September 1991, Kuwait’s Palestinian community had dwindled to some 20,000.

Yet while this expulsion was near the order of magnitude of the Palestinian 1948 flight (estimated by the Israeli government at 550,000-600,000 and by the Arab League at 700,000), driving PLO chairman Yasser Arafat to declare that “what Kuwait did to the Palestinian people is worse than what has been done by Israel to Palestinians in the occupied territories,” it was largely ignored by the international community with neither the U.N. Security Council nor the General Assembly doing anything to assist the newly displaced refugees and punish their ethnic cleanser….

‡ “An Invented People” — The Jamie Glazov Show w/Daniel Pipes and David Meir-Levi (there can be no two-state solution, BTW):

This is an end to a very long case that started with the death of an Imam in 1990, from Jihad Watch:

Rashad Khalifa may be the first person murdered on American soil for heretical Islamic teachings, but he will almost certainly not be the last. “Man convicted in imam’s 1990 slaying,” by Kim Smith for the Arizona Daily Star, December 20: Nearly 23 years after Rashad Khalifa was stabbed and beaten to death, the man accused of doing it has been convicted of premeditated, first-degree murder.

Deputy Pima County Attorney Casey McGinley told jurors during closing arguments Wednesday that “every piece of evidence, every witness and every analysis” pointed to Francis as the killer.

Khalifa’s body was found in the kitchen of an East Sixth Street mosque on Jan. 31, 1990. The imam had been stabbed 29 times, beaten and doused with a flammable solvent by a killer who turned on a gas stove’s burners in an apparent attempt to destroy the crime scene.

Attorneys for both sides agreed Khalifa, 54, was likely killed because of his religious teachings. After studying the Quran for years, he found a mathematical code and came to believe two verses were satanic. In his English translation of the Quran, he removed those verses. He also taught that people should follow the word of God and not that of human beings.

McGinley told jurors the evidence showed Francis moved to Tucson under an assumed name with the express desire to kill Khalifa. He rented an apartment, got a job and a driver’s license so he could easily join Khalifa’s congregation and get to know the layout of the mosque and Khalifa’s schedule.

Mahmoud Abib, a friend of Khalifa’s, was the first person to realize Francis might have had something to do with Khalifa’s death, McGinley reminded jurors.

Abib recalled how Francis wanted to know more about the Quran but would argue about what it says, McGinley said. Francis also knew how to pray distinct prayers and seemed more interested in the layout of the mosque than the lectures….

Daniel Pipes gives a little background to Rashad’s heresy that triggered his death from a death cult (from August 1993):

At other times, American violence involving immigrants concerns faith more than ethnicity, as showed by the tragic example of Rashad Khalifa, an Egyptian biochemist who settled in Tucson, Arizona. Khalifa studied the Qur’an in an effort to teach Islam to his wife, an American woman, and his children. Being a scientist, he turned his methodology to the Qur’an and found, though a numerological analysis by computer, that the number nineteen provides a key to its contents. (This was not new; computers had led other numerologists to the same conclusion.) Muslims initially received this conclusion amicably, indeed with considerable enthusiasm, but Khalifa then took his theory of nineteen too far when he calculated the exact date of the Day of Judgment using his formulae. Already, mainstream Muslims denounced his efforts as “a shoddily concocted hoax.” Khalifa took his next step off the beaten path in concluding that the schema of nineteens excluded the final two ayats (verses) of Sura 9 and made this worse when he published a Qur’an without those two ayats. Finally, Khalifa declared himself a prophet (nabi), just about the most serious offense in Islam, which holds Muhammad to be the “seal of the prophets.” On 27 February 1989, the 11th Majlis al-Fuqaha’ (Council of Religious Scholars) met in Mecca and branded Khalifa an infidel (kafir). A year later he was dead, murdered by unknown assailants, presumably orthodox Muslims angered by his teachings.