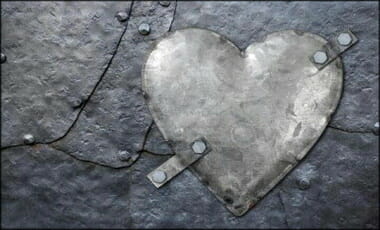 Pastor Todd of Crossroads Community Church deals with a very tough theological thorn of free-will and God’s sovereignty. Yes. I have believed this for years and consider it somewhat of a mystery, just like the Trinity. I added some graphics (Scripture verses read) for the casual viewer so they can follow along with Todd. As an unimportant aside, the first time Scripture explicitly mentions Pharaoh hardening his heart is in Exodus 8:15.

Here are two quotes that came to mind during the sermon:

4:21 The Bible teaches that human beings are free to make choices (Gn 2:19; 4:7; Ezk 18:2–32). God is good (Ps 25:8; 34:8; 100:5) and always acts consistently with His nature. Yet people can choose to rebel against God’s goodness, and consistent rebellion can lead to their hearts being “hardened.” As the saying goes, “The same sun that melts butter also hardens clay.” Egyptian pharaohs believed they were divine, and Pharaoh would never have been inclined to submit to the Israelites’ God. Each time God placed a demand on him, he became more determined to resist. Thus it was both God’s demands and Pharaoh’s own pride-motivated stubbornness (Ex 8:15, 32; 9:34) that led to his hardened heart. God would use Pharaoh’s stubbornness for a good end, to demonstrate His power and extend His reputation (9:16).

partII. GOD THE REDEEMER OF SINNERS

While reiterating the teaching of nature as to the existence and character of the personal Creator and Lord of all, the Scriptures lay their stress upon the grace or the undeserved love of God, as exhibited in his dealings with his sinful and wrath-deserving creatures. So little, however, is the consummate divine attribute of love advanced, in the scriptural revelation, at the expense of the other moral attributes of God, that it is thrown into prominence only upon a background of the strongest assertion and fullest manifestation of its companion attributes, especially of the divine righteousness and holiness, and is exhibited as acting only along with and in entire harmony with them. God is not represented in the Scriptures as forgiving sin because he really cares very little about sin; nor yet because he is so exclusively or predominatingly the God of love, that all other attributes shrink into desuetude in the presence of his illimitable benevolence. He is rather represented as moved to deliver sinful man from his guilt and pollution because he pities the creatures of his hand, immeshed in sin, with an intensity which is born of the vehemence of his holy abhorrence of sin and his righteous determination to visit it with intolerable retribution; and by a mode which brings as complete satisfaction to his infinite justice and holiness as to his unbounded love itself. The biblical presentation of the God of grace includes thus the richest development of all his moral attributes, and the God of the Bible is consequently set forth, in the completeness of that idea, as above everything else the ethical God. And that is as much as to say that there is ascribed to him a moral sense so sensitive and true that it estimates with unfailing accuracy the exact moral character of every person or deed presented for its contemplation, and responds to it with the precisely appropriate degree of satisfaction or reprobation. The infinitude of his love is exhibited to us precisely in that while we were yet sinners he loved us, though with all the force of his infinite nature he reacted against our sin with illimitable abhorrence and indignation. The mystery of grace resides just in the impulse of a sin-hating God to show mercy to such guilty wretches; and the supreme revelation of God as the God of holy love is made in the disclosure of the mode of his procedure in redemption, by which alone he might remain just while justifying the ungodly. For in this procedure there was involved the mighty paradox of the infinitely just Judge himself becoming the sinner’s substitute before his own law and the infinitely blessed God receiving in his own person the penalty of sin.