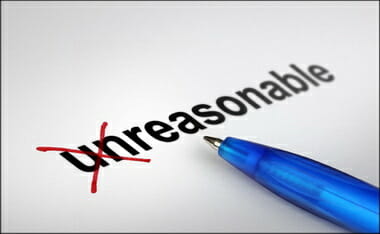 In one of my favorite presentations by Scott (his ministry is outstanding: http://www.prolifetraining.com/), arguments touching on scientific laws, philosophy, and common sense allow the pro-life advocate to deal with opponents in clear and concise ways. This isn’t a Bible bashing fest, but a tactic in bringing the whole of the argument for the preciousness of life to the forefront.

Here is the VIDEO Scott Klusendorf references near the end of this presentation. THERE IS A WARNING WITH THIS VIDEO, it is GRAPHIC!

A good presentation as well is the 180 movie. Well worth your time.

While he isn’t converting to a born-again Baptist preacher overnight, he has made a choice to believe Jesus is Lord… that is a start… the most important one. Via The Blaze:

This is one of those stories that seems too good to be true. Last month, we told you about Patrick Greene, an atheist activist who threatened to sue over the presence of a nativity scene in Athens, Texas.

Despite his actions against the religious symbol, Christians came together to raise funds for him and his wife to purchase groceries after he fell ill. Now, as a result of the kind gesture, Greene has reportedly announced that he has become a Christian — and that he wants to enter ministry.

It’s only been two months since the atheist was threatening to wage a legal war against the nativity scene in Henderson County. But something changed over the past 60 days. After residents found out that Greene was suffering from a serious eye condition that could lead to blindness and he was forced to retire, Christians‘ kindness transformed Greene’s worldview…

… The Christian Post recapshis transformation from non-belief to an adherence to Jesus Christ:

“There’s been one lingering thought in the back of my head my entire life, and it‘s one thought that I’ve never been able to reconcile, and that is the vast difference between all the animals and us,” Greene told The Christian Post on Tuesday, as he began to explain his recent transformation from atheist to Christian. The theory of evolution didn’t answer his questions, he says, so he just set those questions aside and didn’t think about them anymore.

But when the Christians in a town that had reason to be angry with him showed him a gesture of love, he began reconsidering his beliefs altogether. He eventually began to realize that evolution would never have the answer to his questions, he says, and it was at that time he began to believe in God.

“I kind of realized that the questions I [was] asking you just had to accept on faith without doubting every period and every comma,” he said. He later began studying the Bible, both the Old Testament and the Gospels, and also discovered his belief that Jesus is the Son of God.

Gateway Pundit astutely mentioned the truth in the matter, as, you can see the narrative immediately above and below set by liberals:

The House Oversight and Government Reform Committee held a hearing today on Barack Obama’s unprecedented attack on religious freedom. Democrats invited the notorious Christian-hater Barry Lynn to represent them. Then they withdrew his invitation. And, then they stormed out of the committee hearing hoping to deflect all of the media’s attention away from Barack Obama’s assault on religious organizations.

Think Progress predictably reported that the Republicans would not allow any females on the panel. Not true. Rep. Darrell Issa (R_CA) the committee’s chairman explained to Greta Van Susteren On The Record tonight that the minority party historically is allowed one panelist at a typical hearing. The democrats picked Christian-hater Barry Lynn. Then they switched and chose a young woman to come in and talk about birth control. That was not the topic of the hearing so Issa told democrats they could not bring her in to represent them. Then they walked out. It was all planned.

Of course, the state-run media will never report these important facts.

After the hearing started democrats still tried to disrupt the proceedings and turn it into a sideshow. They were determined to hide from the American people their disdain for religious freedom.

Just a few years ago this narrative may have been embedded in the psyche of the general public, but the new media (sites like these) and Fox News, can correct the leftist media in their attempt to create a story: