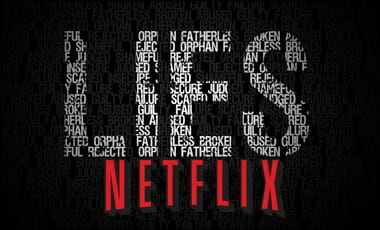 This is an update to the post by way of a visual adaptation by the interviewer, Larry Elder. How anyone can even think these kids weren’t involved is beyond me. A great video update to the original post. (Video description to follow)

Larry takes a look at the accuracy of the Netflix mini-series When They See Us. The series was inspired by the 1989 Central Park jogger case where 28-year-old Trisha Meili was raped and assaulted, while other victims were attacked and robbed. Five black teens were indicted for attempted murder and other charges in the attack. They were found guilty, but the charges were later vacated. Claims of mistreatment and abuse by police were claimed by the defendants, popularizing the incident. Larry takes a look at the details and shares his interview with black detective Eric Reynolds, who was on the scene at the time, to see just who was to blame for what in this incident. See the interviews for yourself: https://centralpark5joggerattackers.com

Below are three separate shows, weeks apart, by LARRY ELDER. The first upload garnered a mass amount of thumbs down and negative comments. All by people who didn’t listen to it and are incurable victicrats. If you listen to these three uploads — below — and still believe the crap peddled over at NETFLIX… you may also be an incurable victicrat.

This is basically an excoriation of the idea that the “Central Park Five” are innocent. Psalm 97:10 says, “Let those who love the LORD hate evil.” I think of that when Trump mentions society “hating” these rapists (12:05 mark) Larry Elder plays how Van “commie” Jones and Chris Cuomo deal with one of the few Republicans left over at CNN (a MUST read article about CNN can be found at the WASHINGTON TIMES) who differed on the “Central Park Five.” Around the 6:00 mark Larry interviews (from last year) Ann Coulter, and then later (at the 14:41 mark) reads from a DAILY BEAST article, “The Myth of the Central Park Five”

Ann Coulter has a couple good articles on the topic:

The refusal to allow dissenting views is a BIG issue at CNN and MSNBC. In fact, Larry Elder says this episode where Lawrence O’Donnell refused to let John O’Neill of Swift Boat fame speak is what got him a job on MSNBC. NOT ONLY does the MSM censor conservative and Republicans, by doing so they perpetuate the innocence of thugs and killers. Thus, bringing a net evil to society in various ways (attacking truth, attacking innocent civilians, allowing criminal to be emboldened).

Larry Elder reads from various sources, one being the Wall Street Journal piece by Linda Fairstein entitled, “Netflix’s False Story of the Central Park Five: Ava DuVernay’s miniseries wrongly portrays them as totally innocent—and defames me in the process“. A previous upload can really be PART ONE to this audio: “Yes, The Central Park Five Are Guilty“. I highly suggest LEGAL INSURRECTION’S post on this topic as well.

I can only assume the same will happen here.

This really is a death knell for the lies regarding this case. Detective Reynolds mentions a website where one can view all the confessions and read the judges ruling and the police report. The website is called: “THE CENTRAL PARK FIVE JOGGER ATTACKERS: Guilty – In Their Own Words”. This is great radio, enjoy, and I hope to get the detectives book at some point when (not if) he is published.

Detective Reynolds recently appeared on CNN to discuss the matter as well: