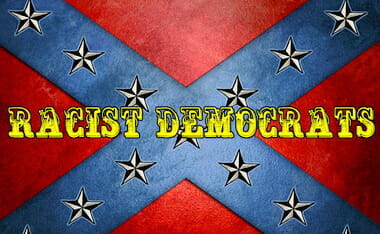 I have to post this story about this indecent in the park that was somewhat viral on social media. WHY? Because of dumb stuff like this: 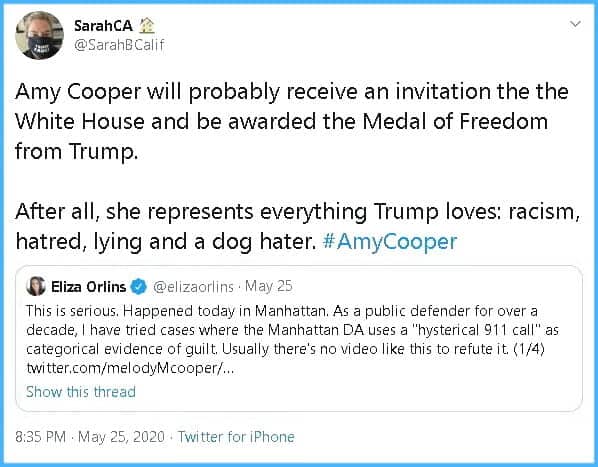 Well, it turns out there is more to the story:

A white woman who got into an incredibly stupid altercation with a black man in the wilds of Central Park over her inexplicable refusal to put her dog on a leash as he politely asked and the park rules required, and then threatened to call the cops on him, pretty well did herself in.  After getting herself on film in the throes of her episode, and seeing it go viral, Amy Cooper lost her $170,000-a-year job at Franklin Templeton, any prospect of employment afterward, her reputation, and even her dog.  And sure enough, her lowly dog-walker was the one who turned her in.

It was rough justice for sure, given what she did, but she knew the rules of living in New York.  Tom Wolfe’s Sherman McCoy pretty well mansplained it.  For being a “Karen,” or entitled white woman, as the annoying term now means, she’s now a Sherman.  As for the black man, Christian Cooper (no relation), he was unjustly treated, too, given that the woman was trying to call the cops on him and counting on the cops to believe her over him, and she was lying about being “threatened.”  The only creature who got a real scare from that encounter was the poor yelping dog.

Leftists pounced on the matter and splatted all over the internet that this foolish woman was a Trump-supporter.  Here’s one of them, per the Independent of London.

Actually, she was a liberal.  Just like everyone else in that picture.  She’d voted for Barack Obama twice.  She was a big fan of Hillary Clinton.  She donated money to the John Kerry and Pete Buttigieg campaigns.  She went to the now-left-wing University of Chicago.  She was as proper as they come in the eyes of the left establishment swamp.  And still she attempted to pull that call-the-cops stunt on the black man after he asked her to put the dog on a leash (he was an avid bird-watcher, and dogs disturb ground bird nests) and then offered dog biscuits to her dog to get her to put the leash on.

that’s not the story.  The story is that leftists are so filled with their own sense of self-virtue that they can’t possibly conceive of racism sitting in their own ranks.  Any time anything bad happens, Trump’s supporters did it.  Nobody’s apologizing for that nonsense.  The people who got smeared in this instance, for sure, were the Trumpsters.  Call it left-skin privilege.  Where’s the lefty apology on that?