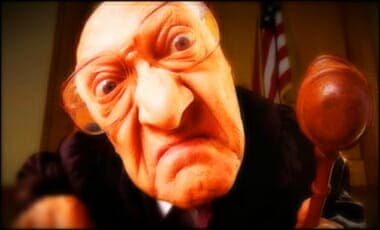 Liberals are happy with 9th Circuit acting unConstitutionally? You see, a healthy court — and the 9th Circuit is NOT healthy — should not have gotten involved. But judicial activism is the 9th Circuits game, and the Supe’s (SCOTUS) rightly stayed out of it. So it is a win on the SCOTUS level… a loss to voters rights on the lower level:

(AP) ….The high court itself said nothing about the validity of gay marriage bans in California and roughly three dozen other states.

The outcome was not along ideological lines.

“We have no authority to decide this case on the merits, and neither did the 9th Circuit,” Roberts said, referring to the federal appeals court that also struck down Proposition 8….