(Posted on the 4th of Sept, updated the 8th)

See more at the DAILY CALLER

And a side note is that even the picture is not even of a line to a hospital… lol! 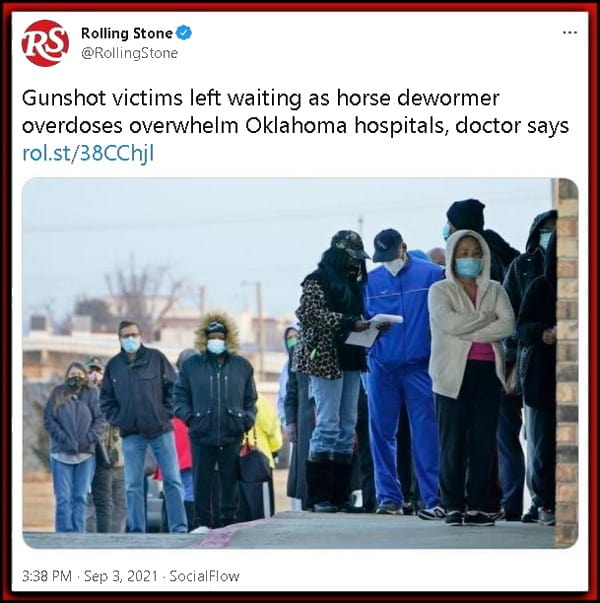 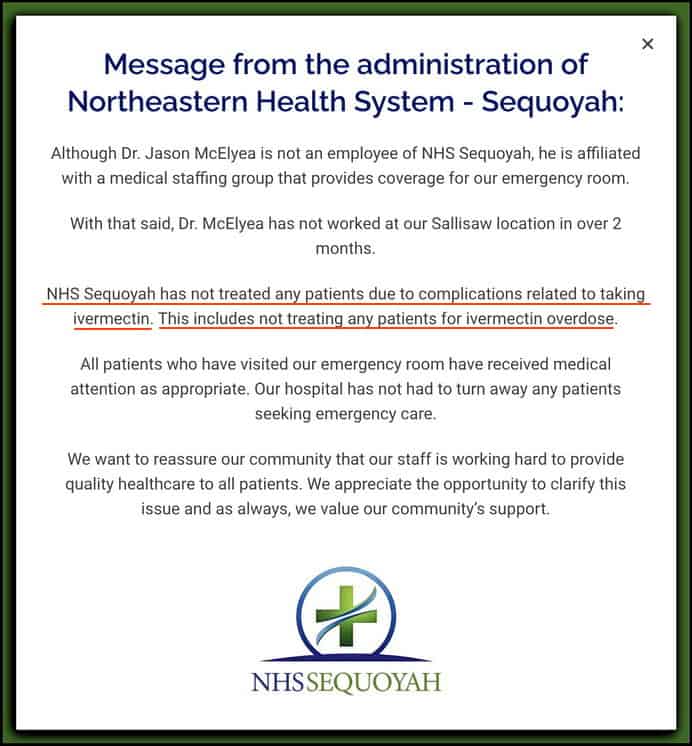 It is lies vs. truth.

Here is TOWNHALL with more:

….And as a reminder, Ivermectin won a Nobel Prize for human use in 2015. From NobelPrize.org:

William C. Campbell, an expert in parasite biology working in the USA, acquired Omura’s Streptomyces cultures and explored their efficacy. Campbell showed that a component from one of the cultures was remarkably efficient against parasites in domestic and farm animals. The bioactive agent was purified and named Avermectin, which was subsequently chemically modified to a more effective compound called Ivermectin. Ivermectin was later tested in humans with parasitic infections and effectively killed parasite larvae (microfilaria) (Figure 3). Collectively, Omura and Campbell’s contributions led to the discovery of a new class of drugs with extraordinary efficacy against parasitic diseases.

The discoveries of Avermectin and Artemisinin have fundamentally changed the treatment of parasitic diseases. Today the Avermectin-derivative Ivermectin is used in all parts of the world that are plagued by parasitic diseases. Ivermectin is highly effective against a range of parasites, has limited side effects and is freely available across the globe. The importance of Ivermectin for improving the health and wellbeing of millions of individuals with River Blindness and Lymphatic Filariasis, primarily in the poorest regions of the world, is immeasurable. Treatment is so successful that these diseases are on the verge of eradication, which would be a major feat in the medical history of humankind. Malaria infects close to 200 million individuals yearly. Artemisinin is used in all Malaria-ridden parts of the world. When used in combination therapy, it is estimated to reduce mortality from Malaria by more than 20% overall and by more than 30% in children. For Africa alone, this means that more than 100 000 lives are saved each year.

In 2017 Rolling Stone Magazine paid a University of Virginia Fraternity $1.6 million after being sued for defamation and falsely accusing its members of rape.