Hit My Head On Keyboard! (HMHOK) 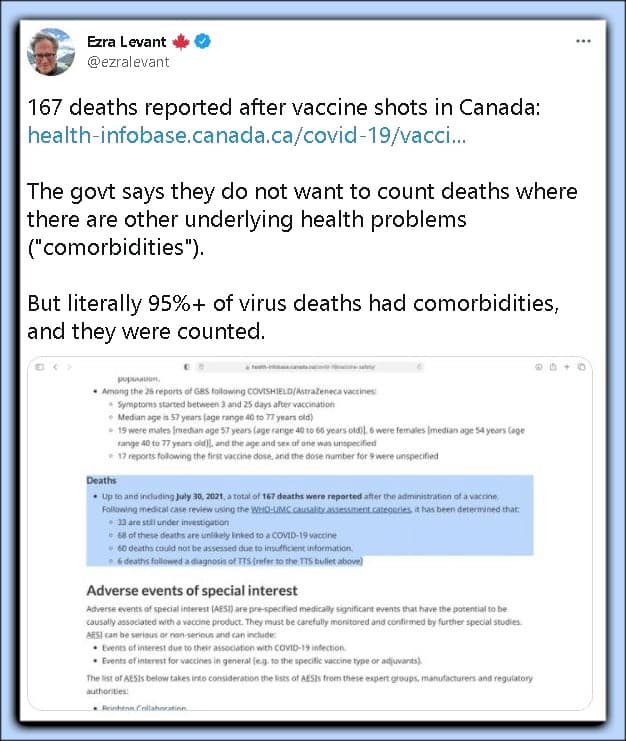 (The following is Via RED STATE!)

If you’ve been paying attention to the Biden administration’s and the CDC’s handling of COVID the last week, you’ve probably gotten a bad case of whiplash. The same people who just weeks ago were insisting masks were still needed after vaccination are now patting themselves on the back for reversing course, making clearly false claims that the science has somehow changed in that short period. It hasn’t, but what has changed is the politics surrounding all this.

Today, CDC Dir. Rochelle Walensky, in an attempt to bolster her agencies failing credibly, made the Sunday show rounds. While speaking to CNN, she made an astonishing admission. 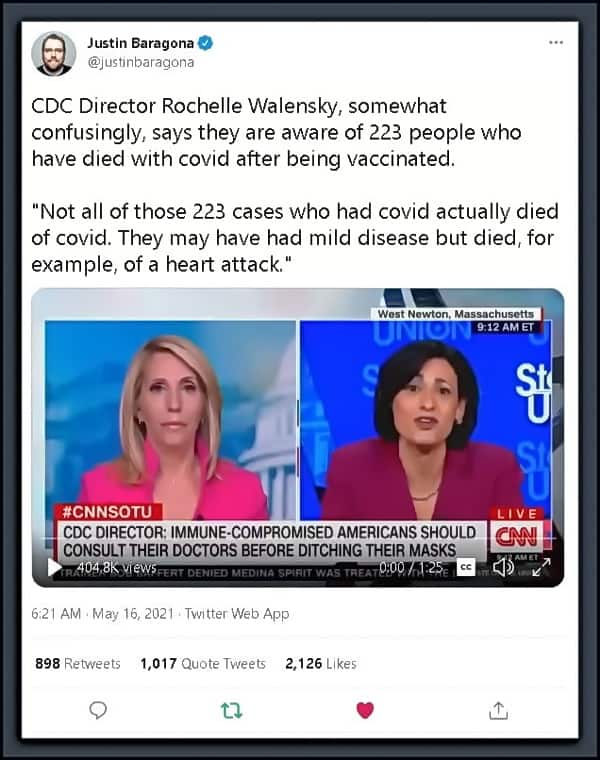 All I can do is shake my head at this. What Walensky is doing is trying to draw a distinction between those who died directly because they got COVID and those who may have tested positive, but ultimately died of another comorbidity or condition. Now, to most people, that would seem like common sense. After all, why would you count someone with terminal cancer or an already failing heart as a COVID death — just because they had the virus when they died?

But what’s so astonishing about this is that what Walensky is saying has previously been declared to be completely off-limits for over a year by the powers that be. In fact, it’s the kind of thing that has often gotten right-leaning sites in trouble with the social media censors. Yet, here is the Biden administration saying what was previously labeled as taboo, just because it fits their narrative. Meanwhile, the media don’t question it, and the social media overlords just shrug.

Obviously, what Walensky is saying is true, though. What we know about COVID — and who is hit the hardest — says that co-morbidities, including heart problems, lung problems, and morbid obesity, are the top factor. If someone is otherwise terminally sick, even a mild case of COVID could expedite matters…..