(Almost all the videos or audios below are from my YouTube Channel. I recovered many of them from my Vimeo account and my MRCTV account. Enjoy, I have worked all day on fixing audio and video to make them more presentable) 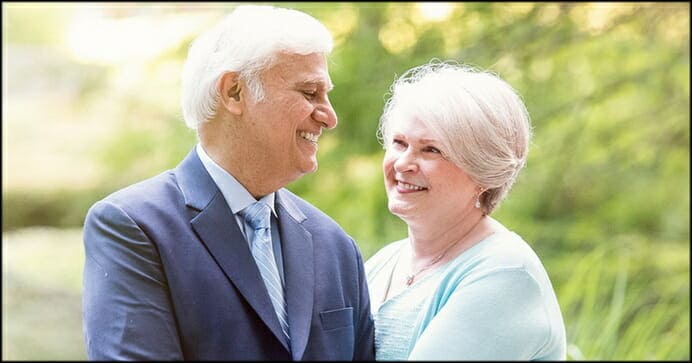 First, let me say, I am a fan of Ravi Zacharias. A huge fan. He has impacted me in countless ways, and thus, he has impacted my family. As a three-time felon, I benefited from his insights into what a Christian worldview should look like, and how a Christian should present himself. But he is a man — in need of a savior and prone to missteps and falls. Like any of us. His statement via CHRISTIANITY TODAY makes note of this:

Ravi, like many a person I know (myself included), will always make claims not in line with reality to lift ourselves up to a greater status in life to impress others. It is almost a default of our prideful nature. I acknowledge all these faults in Ravi, and in my own life — it is a long and complex life filled with spiritual falls, scrapes, wounds, and battles. Ravi’s message of how the Christian worldview is coherent whereas others are not is not changed by his faults and missteps. God’s truth is unchangeable. As imperfect vessels, we imperfectly reflect His perfection. As you can see one of Ravi’s misstatements is made in the following video… but that retelling of flawed history by Ravi has no impact on the truth of his response in showing the self-deleting assumption of the questioner:

With that being said, Ravi passed from this place to the next. In March 2020, it was revealed that Zacharias had been diagnosed with a malignant and rare cancer within his spine. If one wants a book by him that shows the elegance of his thought and skills as a writer, his book “The Grand Weaver: How God Shapes Us Through the Events of Our Lives” is the book I recommend the most. A portion of this book in audio form has been used by myself in a presentation while filling in at an adult Bible study at church (Grace Baptist). the Below is an older post of mine (updated a bit) discussing this section of the book where God’s design of our life doesn’t end with Him knitting us together in the womb — along with the mentioned audio:

BEAUTY IS MORE THAN SKIN DEEP

In this presentation Ravi Zacharias takes his time explaining a talk he was present at where Dr. Francis S. Collins (WIKI) compares a cross section of DNA to a stained-glass Rose window from Yorkminster Cathedral. The design is apparent and Collins mentions it a huge boost to his faith.

At The Veritas Forum at Caltech, Francis Collins shares two images representing the scientific worldview and the spiritual worldview. He asks whether there is a way to merge science & faith, and suggests that his experience is that these two perspectives are not in conflict. (The full presentation can be seen HERE):

“The picture (of the DNA) did more that take away one’s breath; it was awesome in the profoundest sense of the term – not just beautiful but overwhelming. And it almost mirrored the pattern of the Rose window… The intricacy of the DNA’s design, which pointed to the Transcendant One, astonished those who are themselves the design and who have been created semitranscendant by design. We see ourselves only partially, but through our Creator’s eyes, we see our transcendence. In looking at our own DNA, the subject and the object come together.”

I have other uploads as well I have used in conversation over the years as well that are instructive to the armchair apologist. Here they are (some recently imported from my VIMEO account:

Ravi Zacharias responds with “precise language” to a written question. With his patented charm and clarity, Ravi responds to the challenge of exclusivity in Christianity that skeptics challenge us with.

A student asks a question of Ravi Zacharias about God condemning people [atheists] to hell. This Q&A occurred after a presentation Ravi gave at Harvard University, and is now one of his most well-known responses in the apologetic sub-culture. This is an updated version to my original upload. I truncated the beginning as well as editing the volume of the initial question. I also added graphics and text quotes into the audio presentation.

A Muslim student at Michigan University challenges Ravi Zacharias on Christianities seemingly lack of ability in keeping the “law” like Islam and Judaism do so well. How can Christianity be true if it isn’t doing that which God demands? (I have recently enhanced, greatly, the audio in the file from my original VIMEO upload… and reconfigured slightly the visual presentation.)

(February 12, 2014) This is for a group of men that are going through Gregory Koukl’s book, “Tactics.” Often times a person merely need to ask his accuser questions to better open up what they mean by their questioning.

✂ Therefore Pilate said to Him, “So You are a king?” Jesus answered, “You say correctly that I am a king. For this I have been born, and for this I have come into the world, to testify to the truth. Everyone who is of the truth hears My voice.” AND WHEN HE HAD SAID THIS, HE WENT OUT AGAIN…. (NASB – emphasis added)

One example of this “Socratic Method” can be seen here: “Socratic Method ~ Falling On Their Own Sword (Origins Myths)” The students start out sounding like experts and often times the Christians will shy away from conversation when in fact the person is basing their assumptions on a self-refuting idea[s], and all that is needed to bring it out are a few questions.

(March 31, 2013) Ravi Zacharias does a great job in explaining what pornography does to shame, the Holy, and the insatiable fire of not being able to satisfy men’s archetype they build in their minds eye.

(February 11, 2014) A quick witted response brings a light heart to a serious subject. This comes from an event today from the University of Pennsylvania, titled, “Is Truth Real?” Ravi Zacharias International Ministry has the longer version here.