JUMP TO spoofs of Obama’s portrait below.

Here is some great commentary from a few different posts by Gateway Pundit (HERE and HERE):

The artist who painted former President Obama’s portrait for the Portrait Gallery, part of the Smithsonian Institution, has an interesting past.

Since Obama’s portrait was unveiled, I’ve received a flurry of text messages from outraged artist friends I made while living in New York. No, they weren’t outraged because they saw Kehinde Wiley’s other painting that feature black women murdering white women. They were outraged because Kehinde Wiley is a terrible artist who only rose to prominence, something they have been attempting to do their entire lives, in the art world because he is a racist gay black man. And if that werent enough: he doesn’t even paint his own work. 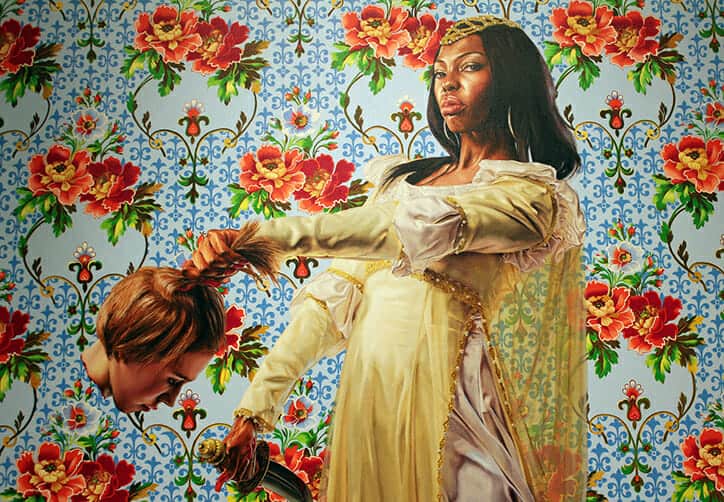 Back in April 2012, Wiley New York magazine wrote a glowing piece covering Wiley and his “global reach.” When Wiley was asked about one of the anti-white paintings in his studio, his response is not only shocking but shows a complete lack of any sort of intellectual depth:

A tall, elegant black woman in a long blue dress—the canvas is enormous, eight feet by ten feet—calmly staring down the viewer. In one hand, she holds a knife. In the other, a cleanly severed brunette female head. “It’s sort of a play on the ‘kill whitey’ thing,” Wiley says.

That unabashed bombast has made Wiley a walking superlative: the most successful black artist since Basquiat, possibly the wealthiest painter of his generation, certainly the one who made his name earliest (he was 26 for his first major solo show), a gay man who has become the great painter of machismo for the swag era, a bootstrapper from South Central who talks like a Yale professor (much of the time), a genius self-­promoter who’s managed to have it both ways in an art world that loves having its critical cake and eating the spectacle of it, too, and a crossover phenomenon who is at once the hip-hop world’s favorite fine artist (Spike Lee and LL Cool J own pieces) and the gallery world’s most popular hip-hop ambassador. Not to mention an all-around positive guy.

Can you imagine for a second if George W. Bush, or any other former president, decided on a painter who was famous for depicting white people killing black people to paint his official portrait? It’s hard to imagine, right? Yea, that’s because it’s disgusting and backward.

DAILY CALLER notes as well that the artist puts sperm into his portraits — and many are saying Obama has a big goo on his face:

The artist who painted former President Barack Obama for the National Portrait Gallery in the Smithsonian has a history of including depictions of sperm in his work, and has been described as “predatory” and “perverse” by The Village Voice.

Kehinde Wiley is well-known for recreating famous paintings, but replacing the featured white person – often a noble or general – with a young black man. Wiley often met the men on the street, brought them into his studio, and had them pick a work to be painted into, the famously left-wing Village Voice reported in March 2015.

Wiley “lures young men into his studio with the promise of power and glamour,” writer and art critic Jessica Dawson wrote. She called the behavior “predatory” and “perverse.”

Dawson also points out the sexuality in several of his pieces and highlights that they often include sperm. Wiley’s rendition of “St. Andrew,” for example, shows a black man grinding “his crotch against a wooden cross” with “free-floating spermatozoa” painted on the canvas, Dawson wrote.

A high-resolution version of the whole painting can be found here.

What you are witnessing is very similar to Homer Simpson… A disappearing President. Or as Clint Eastwood would say, an empty chair. 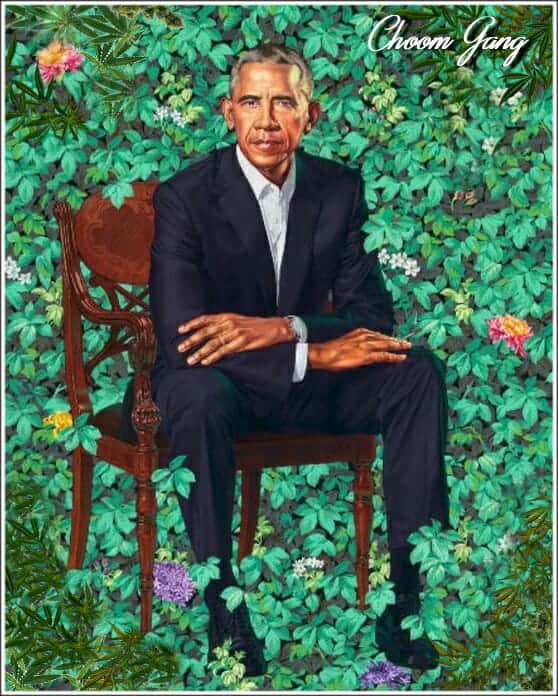 Welcome To The Digital Age