The cartoon was published in the International edition of the paper and appeared in the opinion section. It depicts Israeli Prime Minister Benjamin Netanyahu as a dog leading President Trump who is both blind and wearing a yarmulke. (HOTAIR) 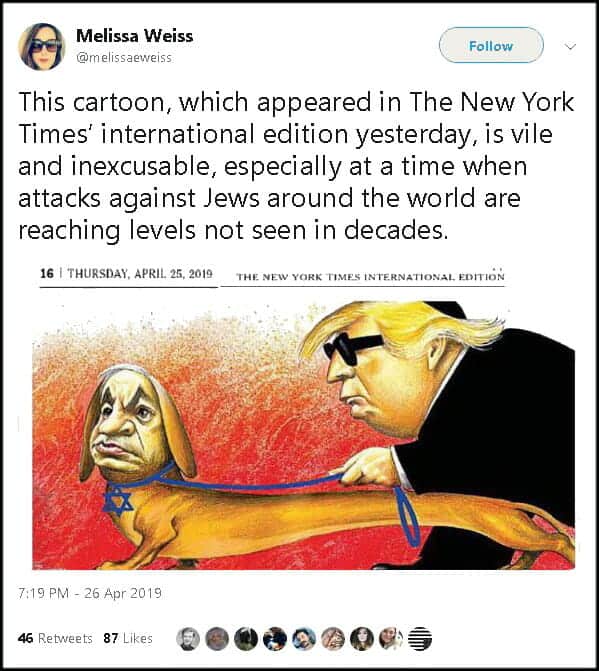