Mark Steyn filled in for Rush on Friday, and I caught this interview that discusses just how bad the media has gotten in regard to anything Republican. Joe’s article can be found at THE HILL.

The examples of misleading tales are apparent for all to see, mostly on the anti-Kavanaugh side.

For example, MSNBC goes heavy with a story affirming the allegations from Ford’s classmate based on a Facebook post. The classmate later admitted to not even knowing Ford or hearing a story firsthand. The national news outlet covered this without, apparently, any reasonable vetting.

“I did not know her personally but I remember her. This incident did happen,” Ford schoolmate Christina King Miranda wrote. “Many of us heard a buzz about it indirectly with few specific details. However, Christine’s vivid recollection should be more than enough for us to truly, deeply know that the accusation is true.”

This was enough for MSNBC and other outlets to run with the story. 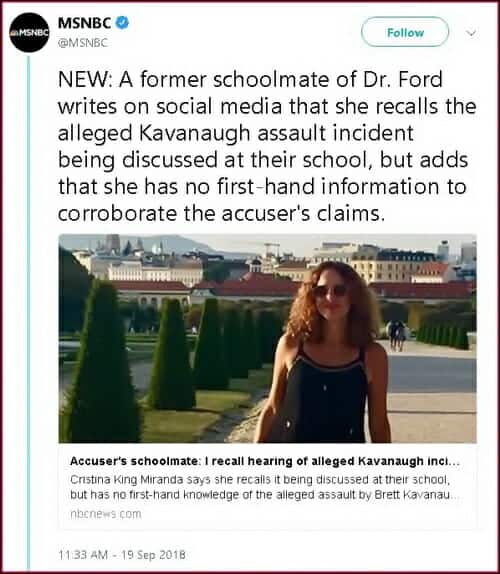 The follow-up tweet was retweeted less than 100 times, or nine times fewer, for those keeping score at home.

“That it happened or not, I have no idea,” King Miranda told NPR on Friday. “I can’t say that it did or didn’t.”

“I had no idea that I would now have to go to the specifics and defend it before 50 cable channels and have my face spread all over MSNBC news and Twitter,” she later added.

Meanwhile, CNN anchor Jim Scuitto tweets out an incomplete claim about how and where Ford could potentially be interviewed, publicly or privately or in Washington, D.C., or California, where she lives. The tweet’s omission is egregious enough that committee chairman Sen. Charles Grassley’s (R-Iowa) office is forced to respond to.

“The offer to #ChristinaBlaseyFord is blunt: testify in public six days from now while under death threats or your allegation will be ignored in the confirmation of a SCOTUS nominee. That is quite a choice,” Scuitto wrote in a tweet that is retweeted more than 7,600 times and liked 17,000 times. 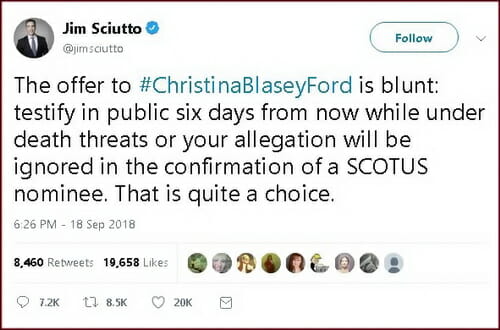 “This is not close to the offer to #ChristinaBlaseyFord,” replied Grassley’s office to Scuitto, a former Obama State Department official. “Chairman Grassley offered an open or closed hearing, reached out to discuss timing that would work for Dr. Ford, has even offered to send staff to California. This deserves a correction.” 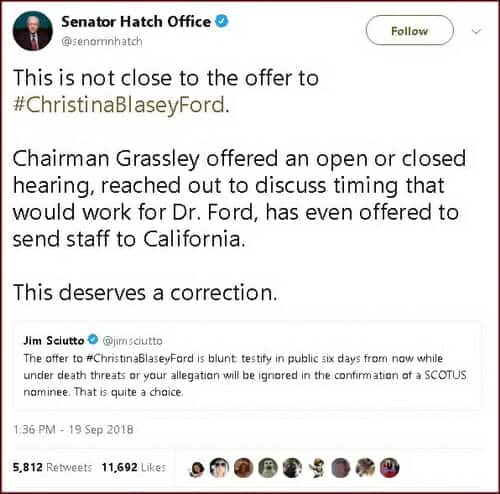 Washington Post bureau chief Philip Rucker also was lambasted for a story involving a photo showing a ritual that Kavanaugh’s fraternity at Yale participated in back in 1985 involving a flag woven together by women’s underwear. 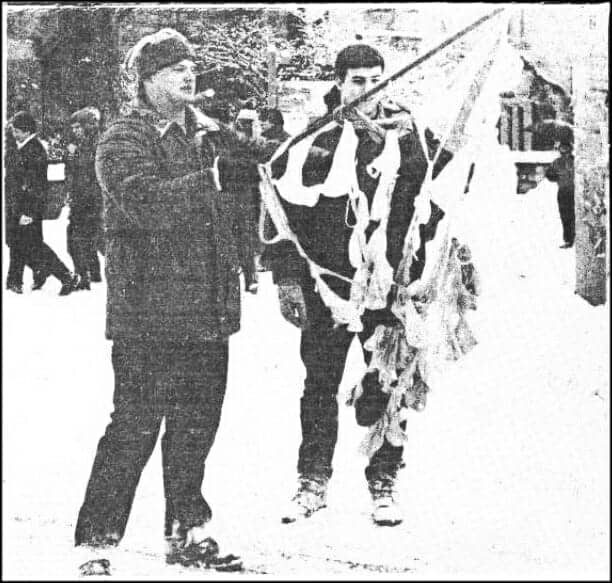 One small problem: The photo doesn’t have Kavanaugh in it….

(Read it all at THE HILL) 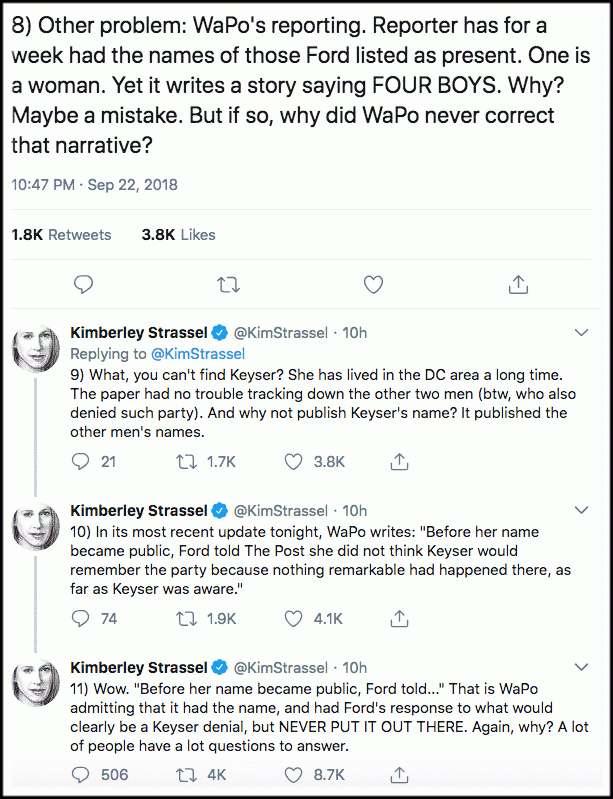