Here is part of an article by Trevor Loudon entitled, “Socialist ‘JournoListas’.” It is a very imprtant aspect of the JournoList (JourNOlist) story. For all the links out and emphasis on persons and writing, please read Trevor’s post… it is very important!

JournoList was not just a bunch of “liberal’ journos with too much time on their hands.

It was a network of high level opinion makers, united by a “progressive” vision for America. They believed that their superior judgment and insight obligated them to present Americans with a view of reality that they would be too stupid and reactionary to grasp unaided.

At least a few, perhaps many, were committed Marxists who saw journalism, not as a profession, but as a revolutionary tool.

This disgraceful episode should dispel forever the “progressive” lie that the American MainStreamMedia and its “liberal” core, can be trusted to uphold the objective standards of their profession. 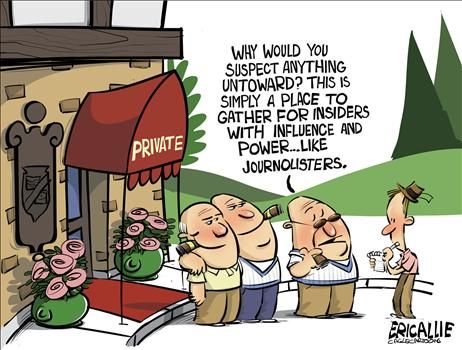