This comes via Powerline:

More evidence that we are living through a reprise of the 1930s:

Jews in the eastern Ukrainian city of Donetsk where pro-Russian militants have taken over government buildings were told they have to “register” with the Ukrainians who are trying to make the city become part of Russia, according to Israeli media.

Jews emerging from a synagogue say they were handed leaflets that ordered the city’s Jews to provide a list of property they own and pay a registration fee “or else have their citizenship revoked, face deportation and see their assets confiscated,” reported Ynet News, Israel’s largest news website.

The leaflets were issued in the name of Denis Pushilin, as chairman of “Donetsk’s temporary government.” Pushilin reportedly has denied responsibility for them.

And here is the key point:

HotAir is reporting that this may be a false flag op: 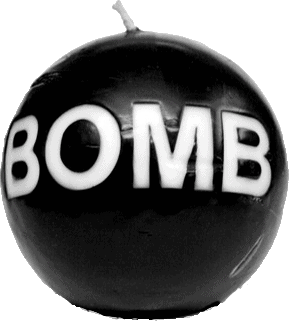 Update: Some locals maintain that it is in fact a false flag by Ukrainian nationalists designed to make the Putinistas look bad:

The Donetsk Jewish community dismissed this as “a provocation,” which it clearly is. “It’s an obvious provocation designed to get this exact response, going all the way up to Kerry,” says Fyodr Lukyanov, editor of Russia in Global Affairs. “I have no doubt that there is a sizeable community of anti-Semites on both sides of the barricades, but for one of them to do something this stupid—this is done to compromise the pro-Russian groups in the east.”

Why? The Russian government has been playing up the (real but small) role of fascists and neo-Nazis in the victory of the EuroMaidan in Kiev. The Ukrainian government, utterly powerless to fight off the Russians and their local stooges, have had to rely on other methods, like leaking taped phone calls of allegedly local separatists getting their commands from Moscow. This may be just another tactic to smear the so-called anti-Maidan in the east of Ukraine: you think we’re fascists? Well, take a look at these guys.