National Review via Newsmax: What a horrible story of political correctness!

I have posted on this before:

Here are more examples of how political correctness emboldens those who wish to harm others and to use our system to destroy it from within. 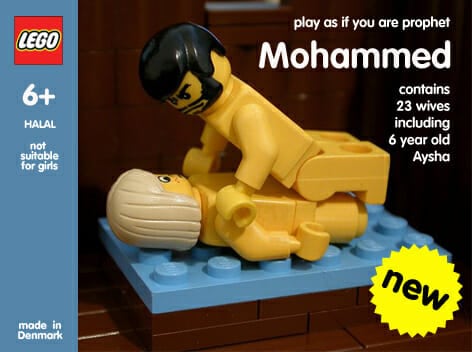 As Britain collapses into inevitable chaos, civil war, and jihad in the streets, Blair, Cameron, May and the rest, and all the dreary Sarah Browns among their dreary, dreary supporters, can congratulate themselves that as they bring down a once-great civilization upon their own heads, at least no one will think that they were “racist.”

I will replace the “Asian” with “Arab Muslims” for accuracy. Here are the articles (h/t to a friend, Jim G!):

More than 1,400 children were sexually abused during a period of over 16 years by gangs of paedophiles after police and council bosses turned a blind eye for fear of being labelled racist, a damning report has concluded.

Senior officials were responsible for “blatant” failures that saw victims, some as young as 11, being treated with contempt and categorised as being “out of control” or simply ignored when they asked for help.

In some cases, parents who tried to rescue their children from abusers were themselves arrested. Police officers even dismissed the rape of children by saying that sex had been consensual.

Downing Street on Tuesday night described the failure to halt the abuse in Rotherham, South Yorkshire, as “appalling”.

Victims were gang raped, while others were groomed and trafficked across northern England by groups of mainly Arab Muslim men.

When children attempted to expose the abuse, they were threatened with guns, warned that their loved ones would be raped and, in one case, doused in petrol and told they would be burnt alive.

Prof Jay wrote: “No one knows the true scale of child sexual exploitation in Rotherham over the years. Our conservative estimate is that approximately 1,400 children were sexually exploited over the full inquiry period, from 1997 to 2013.

“It is hard to describe the appalling nature of the abuse that child victims suffered. They were raped by multiple perpetrators, trafficked to other towns and cities in the north of England, abducted, beaten, and intimidated.”

Tuesday’s report concluded that by far the majority of perpetrators were Arab Muslim men, and said council officials had been unwilling to address the issue for fear of being labelled racist. [e.g., Islamophobic]

In another article, these “Asian” men are named by ethnicity:

…In Rotherham the “majority” of known perpetrators were of Pakistani heritage, the report says, which led to police and council workers “tiptoeing” around the problem.

In the council and the police there was a perception among staff that they should “downplay the ethnic dimensions of child sexual exploitation”.